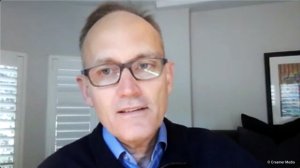 JOHANNESBURG (miningweekly.com) – A globally significant chrome producer operating six chrome mines and employing 7 000 people inside South Africa – with a social labour plan obligation on every mine, with tax and royalty obligations paid to the State – is permitted to operate in this country with no ongoing public disclosure requirements.

Yet a tiny exploration company with six employees that happens to have listed on the stock exchange, would have the full King Code to contend with.

“It’s not that public companies have an onerous obligation. Public companies, because they are significant and they have public shareholders, probably have the right amount of reporting obligations. The problem is that large, significant private companies have no obligations to report to the public at large – and reporting to the Companies and Intellectual Property Commission (CIPC), where the document disappears, and nobody ever sees it again, is by no means reporting to the public at large,” says AmaranthCX director and owner Paul Miller, who spoke to Mining Weekly in a Zoom interview. (Also watch attached Creamer Media video.)

If large listed companies are asked to report comprehensively simply because they are listed, and socially, environmentally and economically significant private companies do not have to report anything at all, why would any company choose to be listed if they can find the capital elsewhere?

“We’ve got to close that gap and we’ve got to stop saying that a company needs to report because they’re listed. Stakeholders are no longer only shareholders, but civil society, employees and the environment itself. If a company is having an impact on all those things, it should have the same reporting obligations. But we're not seeing that,” Miller emphasised, citing the example of being able to go to Companies House in the UK and request, for five pounds, any UK company’s financial statements.

“In South Africa you can hide away because you are not listed and it goes even further. Our State makes it very difficult to access data,” Miller adds.

In addition to some large mining companies having no obligation to report to the citizens of the country whose minerals they are exploiting, the ownership of a mining right or a prospecting right is also allowed to be hidden.

South Africa has gone from 770 JSE-listed companies to about 305 still trading “and at the same time, we’re piling all the reporting requirements on to this ever-diminishing group of companies that happen to be listed – and yet giant significant private companies, or companies that don’t have more than 100 shareholders, don’t have to report anything publicly”.

With mining being socially, environmentally and economically significant, all mining companies should, in his view, be public companies.

“Certainly, we see that in South Africa as well, but only in listed companies and in State-owned enterprises, and that’s interesting because surely if your reporting and your interest groups are way more than just shareholders, why is it only companies that have public shareholders that have to report?

“Think about this for a moment. We have companies that have a high social, environmental and economic significance in our economy and yet they have no public disclosure requirements.

“The gap between large significant private companies that have tremendous impacts on society and the environment as a whole, and companies that may be smaller and have less significance, but simply happen to be listed, have to disclose far more, and that surely makes no sense.

“If we have moved from shareholder capitalism to stakeholder capitalism, then every company with a significant impact on stakeholders generally should have the same reporting requirements as a company that simply happens to have a portion of its balance sheet or capital as a listed security on the stock exchange,” says Miller.

In 2008, the Companies Act appeared to recognise that a company can be significant without being listed and introduced a concept of public interest entities.

"What South Africa has are some major mining companies, with significant environmental rehabilitation, tax and royalty obligations and a huge number of employees that have no obligation to report to the citizens of the country whose minerals they are exploiting," he says.

South Africa has no transparent mining cadastre, the system for managing mining rights.

“We don’t know who has what mining right or prospecting right, where and for how long, and for what commodity. That might have been disclosed during the application process, but it is not ongoing public information,” he points out.

The Department of Mineral Resources and Energy does ask that 26% of shareholders have to be historically disadvantaged South Africans but does not ask for the identities of the owners of the other 74%.

“So, we could have a uranium mine owned by the government of North Korea and the public wouldn’t know,” Miller points out.

He also criticises organised mining industry, in this case Minerals Council South Africa, for not matching disclosure requirements that would be considered routine elsewhere in the world.

There is no reason why Eskom cannot return to a situation where it can be a credible, reliable supplier of reasonably priced electricity, Sir Mick Davis said on Thursday. “Eskom is a resolvable problem," said Davis, a former Eskom CFO and now back in critical minerals and metals mining in the interests of global climate change abatement. →