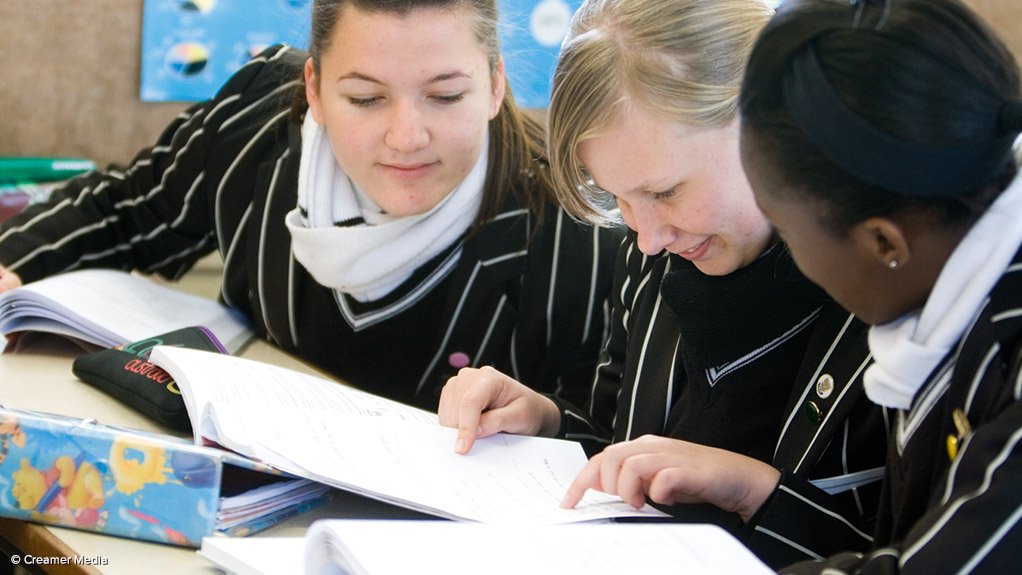 Today, the 8th of June 2015, as the country celebrates the youth month, the Deputy Minister of Higher Education and Training, Mr Mduduzi Manana, MP, rolled out the 2015 Apply Now/Khetha Career Guidance Campaign by visiting three schools in the Bohlabela District in Bushbuckridge, Mpumalanga Province.

Deputy Minister Manana interacted with Grade 8 to 12 learners at Eric Nxumalo Secondary School, Orovhelani High School and Mafemana High School. He outlined the Apply Now/Khetha Career Guidance Campaign which is aimed at encouraging learners to apply on time for admission to post-school institutions and thus avert possible stampedes and long queues that take place at the beginning of each academic year. The Career Guidance component of the campaign seeks to inform learners about career choices available within the Post-School Education and Training (PSET) sector.

The campaign was initiated by the Department of Higher Education and Training following the unfortunate incident that happened at the University of Johannesburg in 2012 where a mother died in a stampede whilst accompanying her child to submit a late application.

The Apply Now Campaign runs from March to September, across the country to assist learners to make informed choices. It also seeks to inform learners about things to look out for when choosing their institutions of higher learning to avert being conned by unregistered and bogus colleges who offer them unaccredited qualifications.

The 100 Occupations in High Demand

The Deputy Minister had a conversation with more than 1000 learners from Grade 09 to 12 in the rural schools of the Moutse Area and further promoted the “100 Occupations in high demand” list that was released by the Minister in 2014. This will assist learners to make informed career choices to avoid a situation where they too join a cohort of unemployed and unemployable graduates.

The Deputy Minister had a conversation with more than 1000 from Grade 09 to 12 in the rural schools of the Moutse Area and further promoted the “100 Occupations in high demand” list that was released by the Minister in 2014. This will assist learners to make informed career choices to avoid a situation where they too join a cohort of unemployed and unemployable graduates.

The Deputy Minister encouraged learners to consider Technical Vocational Education and Training Colleges (TVET) as their alternative to university education because the skills needs of the country necessitate massive production of artisans from colleges. He further informed learners that the first week of August every year is now the TVET Week where colleges are required to host learners from high schools during their Open Days.

Deputy Minister Manana informed learners about the National Student Financial Aid Scheme (NSFAS) which is aimed at assisting poor and deserving students to further their studies within the post-school sector. NSFAS has to date assisted more than 1.5 million beneficiaries who have since joined the middle class league.

The Deputy Minister informed learners that there are currently 21 Sector Education and Training Authorities (SETAs) which are responsible for learnership and other training opportunities for learners who cannot pursue further education and training. The Wholesale and Retail SETA and the Fibre Processing and Manufacturing SETA accompanied the Deputy Minister and engaged with learners in the three schools.

The Department of Higher Education and Training currently runs a Career Development Services Centre to assist learners with career advice. The Deputy Minister encouraged learners to use their cell phones to reach the Centre as follows:

The Democratic Alliance's (DA) Mayoral Selection Panel met virtually last week Friday to interview the candidates who applied to fill the Mayoral vacancy in Oudtshoorn. The interviews followed a public call for application, in which 5 candidates were interviewed. The candidates were required to submit a detailed written assignment. They then each underwent an in-depth interview before the 20-member Selection Panel, in which they were questioned on their vision for the future of Oudtshoorn, their understanding of the challenges facing Oudtshoorn, financial sustainability and their plan to address these challenges. →