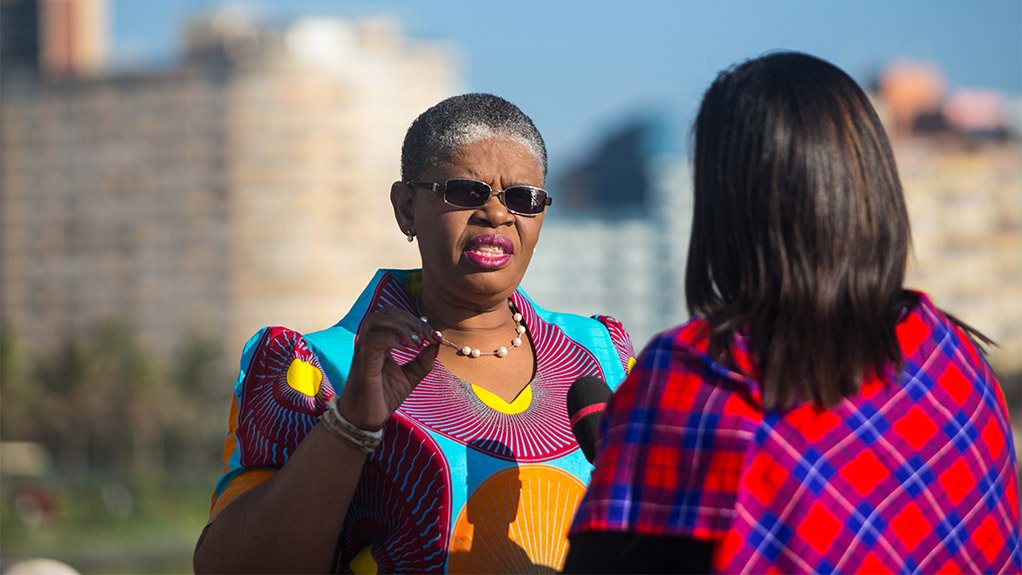 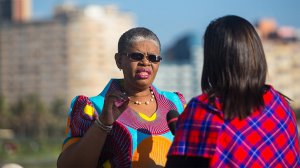 Supporters of former eThekwini mayor, Zandile Gumede and her 21 co-accused were visibly angry in court when it was announced that her corruption trial would be postponed to 29 March 2022.

The postponement was, in part, as a result of Gumede's legal representative advocate Jay Naidoo having suggested that the high profile corruption, money laundering and racketeering case be set from July to September 2022.

The news was met with great displeasure by Gumede's supporters, who, despite her legal team motivating for a trial date starting in July next year, accused the State of not having a solid case against her hence the numerous postponements.

Speaking to the media outside the Durban High Court, staunch Gumede ally, Nkosentsha Shezi, questioned why the public and some media houses were denied entry into the court room.

"Doing things in secrecy is not giving this case any credibility. What is going to happen is that they are going to slaughter justice in there and Gumede will not have a fair trial," said Shezi.

He accused the NPA of "being used like a gangster" to target people who the current ANC leadership did not consider as allies.

Another Gumede ally, Carl Niehaus, said: "Today uMama uZandile Gumede is again, for the umpteenth time, appearing in the Durban High Court in the perpetually postponed and politically motivated trial against her."

He added that "this harassment must end now".

The case started in early 2019 when the Hawks arrested Gumede and later her co-accused, accusing them of having unduly benefitted after the awarding of a R320-million waste contract in 2017.

In its docket, the State alleged that Gumede, former city manager Sipho Nzuza and others were involved in a criminal enterprise to fleece the eThekwini metro out of money.

City of Cape Town mayor Geordin Hill-Lewis will on Monday officially hand over the Cape Town City Hall to Parliament’s Presiding Officers, National Assembly Speaker Nosiviwe Mapisa-Nqakula, and the National Council of Provinces Chairperson Amos Masondo.  Earlier this month Parliament’s Presiding Officers announced that the 2022 State of the Nation Address will now be held at City Hall following the devastating fire that damaged the National Assembly building, including the NA chamber where the official sittings of the NA and Joint Sittings of both Houses of Parliament are usually held. After the hand-over, the City Hall will be declared the Parliament of South Africa precinct.  →