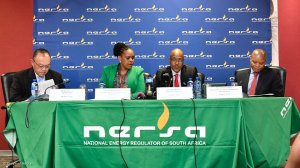 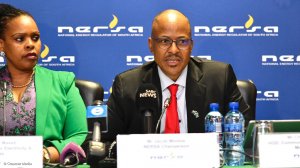 South Africa’s Energy Regulator has granted Eskom allowable revenue of R206.38-billion for 2019/20, which will translate into a tariff increase of 9.41% from April 1, exclusive of the 4.41% hike sanctioned following an adjudication, in 2018, of three Eskom regulatory clearing account (RCA) applications.

The State-owned utility is allowed to increase tariffs to direct customers by 13.82% on April 1 it was announced at the National Energy Regulator of South Africa's (Nersa’s) Kulawula House head office, in Pretoria, on Thursday.

Increases for municipal customers will follow on July 1, with adjustments to cater for the three-month lag during which municipalities are unable to pass on the higher Eskom tariffs to customers.

The regulator also granted Eskom the right to claw back R3.869-billion in line with its review of a 2017/18 RCA application, which was adjudicated together with the MYPD4 submission. The liquidation schedule is still to be determined.

Together with the 4.41% RCA increase, the increase from April 1 would have been 21.5% had the Energy Regulator acceded to Eskom’s full request.

The tariff increases were announced following nationwide public hearings hosted by Nersa during January and February, where stakeholders warned that further hikes would threaten jobs, growth and investment.

Some argued that no increases should be permitted at all until Eskom had cleansed itself of corruption, State capture and inefficiency. Others suggested that the increases be capped at the level of inflation until the utility was restructured for greater sustainability.

The hearings preceded President Cyril Ramaphosa’s announcement in his State of the Nation Address that Eskom would be split into three independent units of generation, transmission and distribution, under Eskom Holdings.

The MYPD4 application, as well as the public hearings, also took place ahead of Finance Minister Tito Mboweni's announcement that government would be injecting R23-billion a year into the utility for a period of up to ten years to help Eskom pay down its debt and to create financial capacity for an increase in plant maintenance.

Reaction to Nersa's determination was immediately hostile, with the Steel and Engineering Industries Federation of Southern Africa (Seifsa) saying it was "bitterly disappointed" by the decision to grant Eskom above-inflation electricity tariff increases.

“Considering that investment decisions are often driven by the opportunity cost and the return on investment, Nersa has missed a unique opportunity to support businesses towards improving profits. A much lower tariff increase would have rendered businesses in the metals and engineering cluster much more attractive for both domestic and foreign direct investment, thus impacting positively on employment,” Kruger said.

Likewise, AfriForum condemned the decision, saying tariff hikes such as the ones approved are unsustainable and "extremely unhealthy for the country, its people and its economy".

Business Unity South Africa (Busa) VP Martin Kingston highlighted that organised business had called for the increase to be capped at inflation and said that above-inflation increases granted would have ramifications for firms operating in South Africa.

Busa cautioned that the cumulative tariff over the next three years might undermine economic recovery efforts, as electricity is a major input cost for business. It also cautioned that another unintended consequence could be the further decline in Eskom’s customer base, as users seek more reliable and cost-effective alternatives, exacerbating the death spiral.

“Busa has consistently emphasised the need for any tariff adjustments to be considered on the basis of affordability, justifiability and prudence. It also needs to be assessed against any restructuring of Eskom to ensure a fit-for-purpose electricity supply industry,” Kingston said.

The Minerals Council South Africa said it was "disappointed" by the higher-than inflation hikes, amounting to nearly two-thirds of what the power utility applied for.

"There is no doubt that these substantial tariff increases will have a major impact on the industry’s cost structure, jeopardising the viability of marginal and loss-making mines and, inevitably, accelerating job losses at energy-intensive mines in particular," chief economist Henk Langenhoven said.

The mining industry consumes around 30% of Eskom’s yearly power supply, for both mining and smelting activities.

“It is most disappointing that the regulator has chosen to support Eskom’s own inevitable downward spiral that will come as a result of inflated tariff increases and declining electricity usage by a critical consumer," Langenhoven added.

"The decision still poses risks to the country’s economy and to all municipalities," Salga said, adding that the decision would place increasing pressure on the financial sustainability of many municipalities.

Eskom, meanwhile, said its board would deliberate further before deciding on how best to address the shortfall that would arise from the determination, adding that it keenly awaited the reasons for decision, as the regulator had disallowed R102-billion of revenue over the MYPD4.

CFO Calib Cassim said the application was fully compliant and based on the current regulatory policy and methodology. "The methodology provides for the recovery of prudent and efficient input costs and as such the amount applied for was driven largely by expenditure on coal, maintenance, and human resources, as well as the cost of servicing the debt raised to finance Eskom’s investment in South Africa’s energy infrastructure.”

Nersa chairperson Jacob Modise defended the determination saying it seeks to balance the interests of the energy producer on the one hand and those of consumers on the other.

"This is never an easy task, for inevitably it is influenced by the greater economic environment, both locally and internationally, and as directed by the policy environment of the government," Modise said.

"The Energy Regulator may initiate its own investigation into the governance failures in Eskom and may effect adjustments to Eskom’s revenue based on the relevant outcome of its investigation and/or those undertaken by bodies or entities, including, but not limited to, Eskom, National Treasury, the Special Investigating Unit, the Hawks, the Parliament of the Republic of South Africa, or any commission of inquiry as and when they are concluded, or a conclusive outcome is reached and the costs associated therewith have been quantified," Modise said.