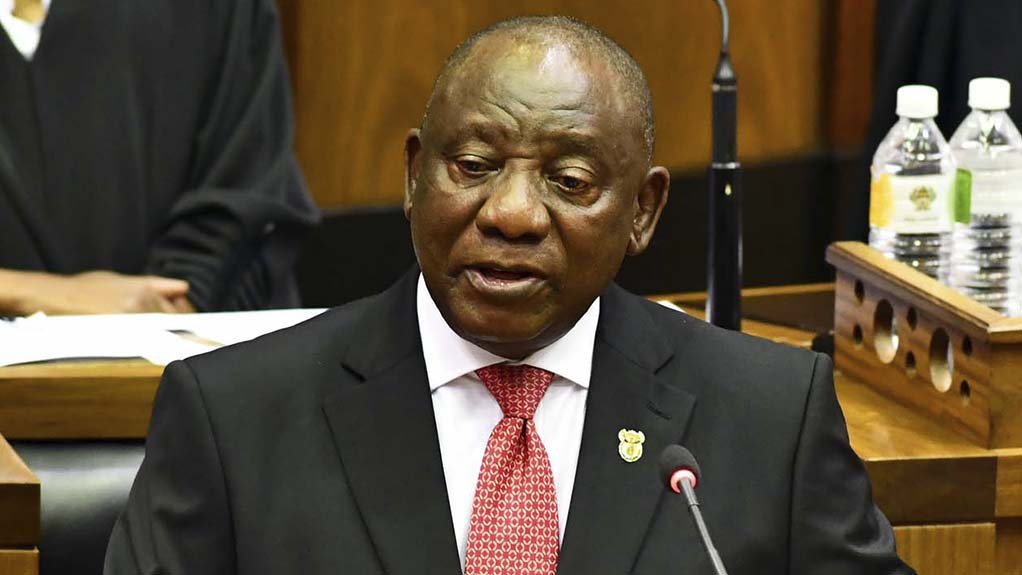 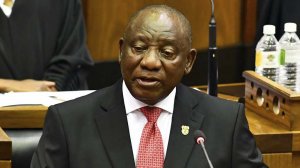 "The EFF is simply doing the Public Protector's bidding, there is no public interest that the EFF seeks to serve," the CR17 committee argues in its heads of argument, filed on Tuesday.

"It is not in the interests of justice to allow the EFF to finish the unlawful crusade started by the Public Protector."

Ramaphosa has chosen not to actively participate in the case, which is due to be heard by the Pretoria High Court on 16-17 March.

But his CR17 committee, which applied to intervene in the matter, has accused Mkhwebane of committing a "criminal offence" by seeking to publicly disclose a confidential Financial Intelligence Centre (FIC) report on his campaign bank accounts.

The report included all the bank statements linked to these accounts – and this is what the EFF are now arguing must be publicly released.

The FIC is, however, opposing the release of its report and the bank statements attached to it.

Court documents reveal the FIC provided Mkhwebane with a detailed analysis report on all the CR17 bank accounts in March 2019, as part of her invalidated investigation into Ramaphosa's campaign finances, but warned her that the information they had provided her "is not evidence and is to be used for intelligence purposes only".

It also stated that she would need to "immediately notify and forewarn the FIC of any demand or any legal proceedings…to seek access to or the disclosure of this information received from the FIC".

But this did not happen.

Instead, Mkhwebane sought to include the FIC's report in the record she filed in response to Ramaphosa's legal challenge to her report. That report was also leaked to the media by unknown persons."The Public Protector was guilty of misconduct," the CR17 fundraising committee now argues.

"First, she openly defied the FIC's direction in the cover letter to the FIC Report. Second, she manipulated the disclosure of the Rule 53 record in an attempt to ensure that it was publicly disclosed. All of this was in violation of the FIC Act.

"Such defiance of the FIC's directions "constitutes a criminal offence" under the FIC Act, the CR17 committee contend.

"The Public Protector unlawfully used the documents. She unlawfully attempted to facilitate public access to them," they state. "They were the product of her unlawful investigation of the CR17 Campaign finances.

"Her unlawful conduct should not be allowed to the CR17 Respondents of the constitutional protection of their privacy rights."

In court papers, the FIC has also stressed that it can only provide the intelligence it gathers to certain "legislated institutions, and only if the FIC reasonably believes such information is required to investigate suspected unlawful activity".

While the Public Protector's office is one of these institutions, the FIC says, the EFF is not. The EFF is, however, determined to persuade the Pretoria High Court to unseal all the CR17 bank account records that were provided to Mkhwebane by the FIC.

It argues that the rights to privacy of Ramaphosa's donors, who were promised that their donations would remain confidential, should not outweigh the public's interest in knowing who funded the president's successful African National Congress leadership campaign.

"Holding politicians, especially those in government, accountable for who they get money from, and who they pay that money to, is crucial in ensuring that politicians – and the wider political establishment – remain transparent, open and accountable," the EFF argues in court papers.

"Unwarranted secrecy in the courts undermines the public's faith in the justice system. Secrecy perverts the system, and allows a public forum to become a tool for keeping wrongdoing secret.

"During his response to Ramaphosa's State of the Nation address, EFF leader Julius Malema aligned himself with claims by former president Jacob Zuma that Deputy Judge President Aubrey Ledwaba had sealed the CR17 records – after Ramaphosa's lawyers stated that they contained "confidential" third party information – because CR17 was paying bribes to judges.

None of these claims has been substantiated.

In court papers, the CR17 campaign committee has now hit out at the EFF for "scurrilously" criticising Ledwaba and the court over his decision to seal the record.

The party has argued that it was "neither competent or appropriate" for Ledwaba to "pre-emptively, and at [Ramaphosa's] behest, seal the record", where nobody had claimed that the disclosure of the record would result in prejudice to them.

By doing so, the EFF contends, Ledwaba gave "credence to [Ramaphosa] claiming privilege on these unidentified and not prejudiced persons’ behalf".

The CR17 campaign says this criticism is "unfortunate and unwarranted", as the EFF was not involved in the case when Ledwaba sealed the record and, therefore, had no knowledge of what representations had informed his decision.

After the EFF became a party to the litigation, the CR17 lawyers argue, they "had ample opportunity to challenge the DJP's directions in open court and inexplicably chose not to do so".

While the EFF will need to explain why it did not take up Ledwaba's offer to challenge his decision to seal the record in 2019, it remains adamant that the identities of Ramaphosa's donors must be disclosed now, as "this is a matter of great public importance".

"The identities of these individuals speaks directly to the degree of accountability to which politicians are subject. This speaks to the rights which [the EFF] seeks to vindicate," the party's lawyers state.

"Even without having to prove that [Ramaphosa] or anyone else is guilty of corruption, the point remains that, for as long as political parties and politicians are reliant on private funding, they are potentially corruptible.

"It is this peril that the public must be enabled to detect and guard against should this court, with respect, refuse the unsealing of the record. More worryingly, should such malfeasance ever come true, it would be with this court's imprimatur [license]. That can never be correct.

"There is no indication by the EFF how its self-claimed role interfaces with that of the National Assembly," it contends.

"The EFF's claim of acting in the public interest to hold the president to account is therefore plainly a ruse. The real objective is unstated, but has nothing to with fostering accountability or transparency."