DSD: Lindiwe Zulu: Address by Minister of Social Development, on the occasion of the media briefing session on the 16 Days of Activism for No Violence Against Women and Children, Tshedimosetso House, Pretoria (24/11/2020)

DSD: Lindiwe Zulu: Address by Minister of Social Development, on the occasion of the media briefing session on the 16 Days of Activism for No Violence Against Women and Children, Tshedimosetso House, Pretoria (24/11/2020) 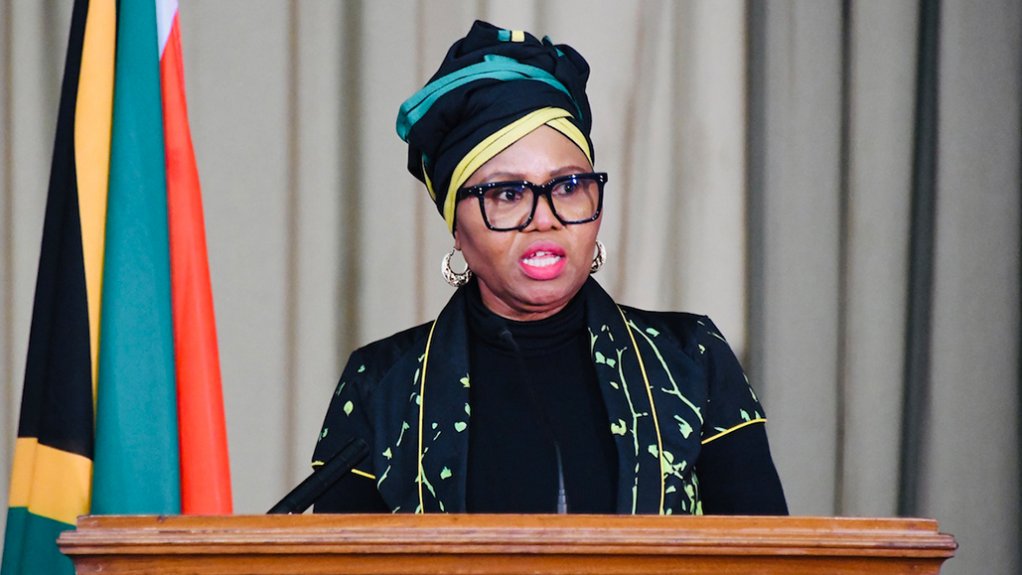 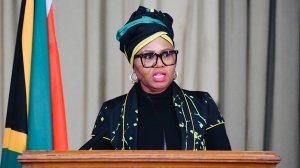 I would like to join my colleagues and reiterate the salient point that any form of violence against women and children, be it physical, emotional or sexual, is an affront to our basic decency and humanity.

It is a gross violation of women and children’s fundamental human rights and there is no EXCUSE for it. And that is why we are here today because together we have the power to do something it, in our individual capacities, as a collective and as a nation.

We can and must make our streets safer for every single woman and girl to walk our streets freely without any fear of violence or sexual abuse. No matter what she is wearing, no matter where is she, no man has a right to go beyond the word “NO”. And we have to stop blaming the victims for these crimes.

The Social Development Portfolio is one of the key government departments that forms part of the Inter-Ministerial Committee on Gender-Based Violence and Femicide. We have adopted the 365 Days of Activism campaign on No Violence Against Women and Children.

We continue with interventions in relation to No Violence Against Women and Children including Gender-Based Violence and Femicide (GBVF), which has reached epidemic proportions in South Africa. We have 365 Days plans that are reviewed annually and we conduct ongoing campaigns on GBVF that are targeting people in different age groups particularly women and children considering their vulnerabilities.

The 365 Days Child Protection Programme of Action is an initiative to strengthen the government’s commitment and response towards prevention for and protection of children against violence; child abuse; neglect and exploitation. The purpose is to scale up interventions geared towards promotion and protection of the rights of children during this difficult period of the COVID-19 pandemic and beyond.

The campaign is integrated with the seven INSPIRE strategies for ending violence against children, which is a technical package for preventing and responding to violence against children. It is our plan to align the 365 days campaigns to the District Service Model so as to reach people on a local level for them to see the difference in the delivery of services.

Ladies and gentlemen, we all have the responsibility to address the societal deep-rooted patriarchal and violent society that de-humanise and degrade women and girls to a point that they cannot make free choices about their own bodies. We still have a society steeped in patriarchal attitudes that blame the victims and survivors of GBVF, not the perpetrators.

The level and nature of violence that continue to be perpetrated against women and children in this country is unacceptable. The victims of violent crimes and abuse need appropriate services and support to restore their normal functioning. To this effect, the President of the country approved the National Strategic Plan on Gender-Based Violence and Femicide in March 2020. The Strategy is aimed at ensuring a coordinated national response to the crisis of gender-based violence and femicide by the government of South Africa and the country as a whole.

My Department was instrumental in the development of the Strategy which has Six Pillars. As a department we are leading on the implementation of Pillar 4: Response, Care, Support and Healing. The Pillar seeks to ensure that every survivor of GBV has access to appropriate and sensitive response, care and support that facilitates effective containment, medium to long term healing. It recognises that effective response, care and support is integral to healing and comprehensively working towards eradicating GBVF in the country.

You will note that the provision of psychosocial services falls mainly within the mandate of the Department of Social Development. The department provides psychosocial services to South Africans at various levels. In ensuring this, we established the Gender-Based Violence Command in 2013 to serve victims/survivors of Gender-Based Violence. The GBV Command Centre provides psychosocial services through immediate care and counselling and offers help, hope and the chance of a better life to the many thousands of victims of gender-based abuse, even in the remotest and most underdeveloped corners of South Africa.

Since March 2020, we have seen an increase in the intake of GBV cases at the Command Centre. To date, we have received a total of 167 970 calls. As a way of strengthening our response to victims, we have expanded the workforce at the GBVCC with additional 15 Social Workers. We will also be moving to bigger premises at Salvakop, Pretoria which is a 30-seater National Call centre.

We have also established the National Emergency Response Team (NERT) which provides psycho-social support to individuals, and communities affected by trauma, violence or disaster.

In strengthening the provision of psycho-social support services, we have increased the number of Social Workers rendering GBV services with additional 200 new employees. 120 of these Social Workers have been trained on advanced trauma management as well as on the Management of trauma related to COVID-19.

With regard to Care and Support, the department is responsible for the establishment of Shelters for women as well as Khuseleka One Stop Centres. To this effect, we have established a partnership with the Department of Public Works and Infrastructure which has allocated buildings for use as the said facilities. I am pleased to inform you that the Khuseleka One Stop Centre is one of the President’s legacy projects. We are therefore in the process of expanding the Khuseleka in all the provinces starting in Gauteng this year and expanding to other provinces in the new financial year.

Much as my department is responsible for pillar 4, we also render services in line with other Pillars of the strategy. As an example, my Department has executed the implementation of social behavioural change programmes to influence change. We have successfully reached all nine provinces in various initiatives such as the Men’s’ Parliament, Boys Assemblies as well as the Men and Boys championing change programmes.

The initiative of Boys and Men Championing Change programme, which is implemented under the banner of Takuwani Riime Men’s Movement (Let Us Stand Up Together!), a call to action for men by men to stand up and be counted as relevant. The movement seeks to mobilise men’s associations to join together with their partners to strengthen civil society, especially men’s responses and campaigns including the fight against GBVF.

We have also initiated a programme called Asikhulumeni Interfaith Religious Sector where we engage the religious sector and mobilise their involvement and buy-in in our efforts to eliminate GBV in our country. To date we have launched the programme in two provinces, KZN and Mpumalanga on 09 October 2020 and 06 November 2020 respectively. We will be launching in other provinces (Free State, Gauteng and Eastern Cape) during the 16 days of activism on no violence against women and children.

Ladies and gentlemen, we all have a role to play to promote a society that is free from GBV and supports gender equality that upholds the human rights of women and girls of our country. We all know that no government department can address this problem alone. My department therefore works in partnership with Civil Society organisations with the aim of curbing the scourge of GVBF.

We have been providing the necessary support through capacity building and funding of CSOs rendering GBV services. A total of 168 CSOs has been funded by the Criminal Assets Recovery Account (CARA). An amount of R22,5 million has been transferred as first tranche payment to the organisations and the balance of R22,5 million is committed for second tranche payments that will be transferred before the end of 16 days.

As a department of Social Development, we remain committed to our programs and our partners. As we continue working to end violence by supporting victims preventing abuse before it starts, we know we cannot do it alone. We all have a role in this together – as different departments, Civil Society organisations, private sector and communities at large.

It is my privilege to address the virtual launch of this ground-breaking venture: a Tourism Equity Fund that will speed up transformation in one of the most crucial sectors of our economy. →