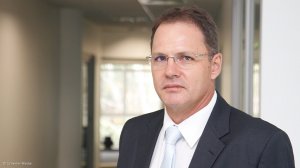 JOHANNESBURG (miningweekly.com) – Johannesburg is probably one of the world’s best examples of unintended sustainable development, where almost accidentally the mining economy has been fully replaced by another larger economy.

This is because mining took place for long enough to allow for the emergence of services industries such as banking, manufacturing, technology and many others that have developed around mining and outlived it. (Also watch attached Creamer Media video).

Very little mining takes place around Johannesburg anymore, other than the recovery of gold from mine dumps that is being carried out by the Johannesburg- and New York-listed DRDGold, which employs 2 000 people that move vast quantities of mined material into processing plants.

Yet, Johannesburg is the economic powerhouse of the African continent as a consequence of mining gold in and around it.

But for the fact that gold was discovered here 130 years ago, what is Johannesburg today would have been farmland.

There is also an ugly side to mining's legacy and testimony to that are the many mine dumps scattered along the Reef, which have to be cleaned up.

Having been part of the initial days of mining in Johannesburg, DRDGold is now part of the environmental restoration stage.

“We were here before radio,” DRDGold CEO Niël Pretorius said, in reference to Marconi sending a wireless radio wave over long distances in 1896, a year after the company – which on Wednesday announced a 4% increase in operating profit to R172.6-million on 7% lower gold output for the six months to December 31 – came into existence.

So, it has been a long story, but it is now ending, and part of that ending is to ensure that Johannesburg is no worse off because of mining.

DRDGold’s resource just happens to be part of mining that still has to be cleaned up.

Just cleaned up in preparation for closure is the long-standing Crown operation and coming into play are two new reclamation sites.

These are 4L2, alongside the M2 freeway, south-east of Johannesburg’s central business district – which contains 11.9-million tonnes of material with 0.30 g/t gold in it.

That material will be sent to the City Deep plant in Johannesburg at a rate of 300 000 t a month, and then to the Ergo plant in Brakpan for gold extraction.

Once DRDGold moves to the new sites it will be in a virtually halved cost position to provide the shareholders who provide capital into the company with a potential upside associated with the gold price at the time.

The company produces more than two tons of gold every six months and if the gold price goes up by R100 000/kg, as it did last year, R100-million in additional revenue becomes available.

The only capital that DRDGold will have to spend is the money that it makes.

It increased its reserve by 66.6%, from 1.8-million ounces to three-million ounces, bringing the company closer to its target of 11.7-million ounces, and meaning that more of the mine dumps that are scattered all over the Johannesburg landscape are ultimately going to be removed, provided the gold price supports the model - and at this stage it still does.

DRDGold has a reputation for taking off on the slightest gold price rise. Last year its market capitalisation rocketed from R700-million to R3.7-billion in a matter of months, reminding investors of its Roodepoort Rocket nickname of old.

It uses technologies that boost operating efficiencies, exemplified by the lining it uses in its network of transporting pipelines, which bring about an 18% saving in electricity plus a lower carbon footprint.

It spent R26-million in the last six months alone to limit the impact of ongoing operations on the environment and on communities.

“It’s mostly poor people who live around mine dumps. They were placed there in certain instances and you don’t want them to be sucking dust only because they are poor so you want to make sure that the environment in which they live, is clean,” Pretorius told the presentation of results attended by Creamer Media’s Mining Weekly Online.

The company is also continuing to invest in youth education, exemplified by Thembinkosi Manyeruke taking advantage of the extra mathematics and science classes DRDGold provides to matriculate from Tsakane High School, near the company’s Ergo plant, with a score of 100% in both subjects.

To alleviate poverty, it is helping families to grow their entire supply of required vegetables.

“We thought the update would be about 250 families. We’ve gone through 600 families. It’s very, very successful. Families are taking to this almost intuitively and many of them have started to become small entrepreneurs,” Pretorius told Mining Weekly Online in the attached video interview.

DRDGold expects to produce just below 140 000 oz of gold in this financial year to June 30.

Total operating costs were 6% higher at R1 047.6-million with the operating margin remaining stable at 14.5%.

The all-in sustaining costs (AISC) margin was 6% higher, however, owing to the 16% increase in the rand gold price received being markedly higher than the 10% increase in AISC in kilogram terms.