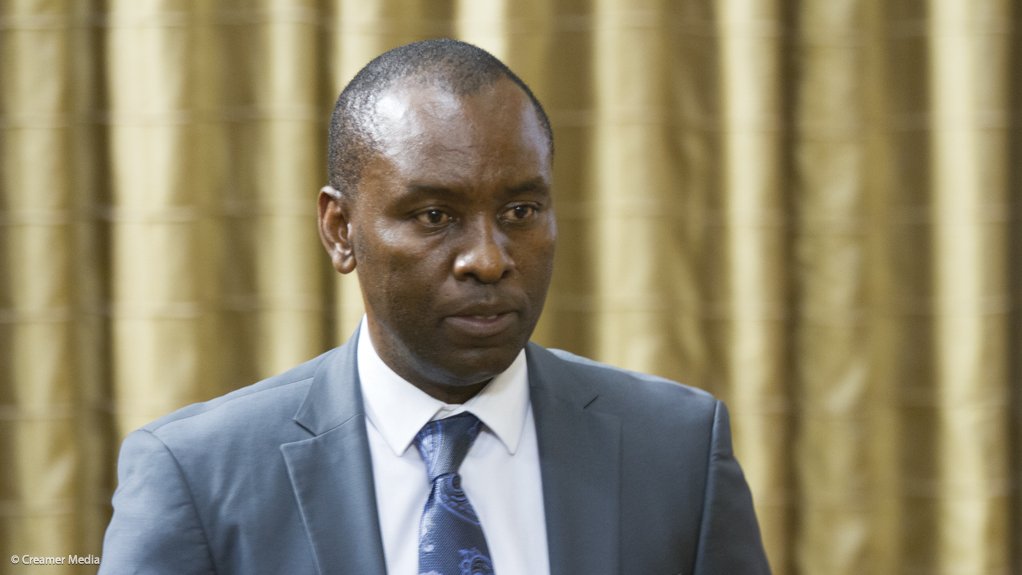 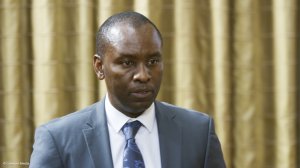 Kindly accept my appreciation for the warm welcome I and the DMR team have received and the graciousness and cooperation you have shown to us in hosting this important interaction focussed on the potential for shale gas development in the province.

Ladies and gentlemen,
As a leader of the government of the people, by the people, for the people, it is my intention to share with you the opportunities presented by the development of shale gas for you and the country at large.

For many years we have been reliant largely on a single source of energy. We have taken a decision to diversify our energy basket in our pursuit to provide not only cost-competitive energy security, but also significantly reduce the carbon footprint and drive our industrialisation and beneficiation programme to grow the economy inclusively in order to create a critical mass of employment, amongst other. This initiative is contributory towards objectives of the National Development Plan, which defines a fabric of society we aspire to achieve in 2030.

We have introduced major regulatory reforms since 2004, which marked a significant shift from private ownership of mineral and petroleum resources to ownership by the State, on behalf of the people of South Africa. The State exercised its right to govern the development of these resources and to ensure that it optimises their development in an orderly manner that benefits the people of the country.
We are further enjoined by the Constitution of the country to develop such resources in an ecologically sustainable manner that minimises the impact on the environment and water.

Ladies and gentlemen,
As a government that cares, listens to the concerns and addresses the will of the people it governs, we indeed listened to you. Upon discovery of the shale gas prospect a few years ago, we had started processing applications for development of these resources at the time. However, when you raised concerns, we placed a moratorium on processing of such application and any further receipt of applications until such time that we have sufficiently studied the socio-economic and environmental implications that may result from the development of these resources. This was necessary to enable a process of data and information collection for informed decision-making on shale gas development.

The seriousness with which government regards the development of shale gas resources cannot be overstated.
We immediately assembled a team of experts constituted by government and other experts to undertake a “socio-economic and environment assessment of shale gas development”. The study was duly completed and published for all to have access to its findings. It made specific recommendations, which were adopted by Cabinet and implemented.

Key amongst these recommendations was the establishment of an inter-departmental task team to develop appropriate Regulations to mitigate the risk of negative environmental impact, including contamination of water. The task team, constituted by the Departments of Mineral Resources (lead department), Science and Technology, Environmental Affairs as well as Water and Sanitation discharged its responsibility, drawing from a wealth of experience of other jurisdictions with well over 5 decades of shale gas extraction, using a technology known as hydraulic fracturing.

The Regulations were published in the Government Gazette for public comment and substantial submissions were received from interested and affected stakeholders. We processed these submissions and the final product we published was materially different, reflecting the comments received from the public.

Among other things, we have also included the requirement that chemicals used in the fluids for hydraulic fracturing should be disclosed.  This will allow government to assess the contents of the chemicals used and make a determination on its potential latent effect on the environment, so that measures can be taken well in advance to mitigate the associated risks.

The Regulations represent a measure taken by the government in addressing your legitimate concerns and have been designed to ensure that all aspects of the assessment, conceptualisation, actual extraction of the resources and post extraction factors are considered and sufficiently provided for, especially the protection of the environment and water resources which are a critical factor countrywide, but more especially in areas such as Cradock, which forms part of the Karoo Basin.

The government, based on the balance of available scientific evidence, took a decision to proceed with the development of shale gas in the Karoo formation of South Africa.

We are also part of the continuous research initiatives such as the Strategic Environmental Assessment led by the Department of Environmental Affairs. Parallel to this, the Department of Mineral Resources, through our entities such as the Council for Geosciences and the Petroleum Agency of South Africa (PASA) have been mandated to undertake continuous research in sync with other research initiatives to enhance our understanding of South Africa’s shale gas resources.

Currently South Africa is a net importer of energy sources such as crude oil, refined petroleum products and natural gas. It is estimated that the Karoo shale gas resources would mean South Africa has the 5th largest reserves, estimated at 485 trillion cubic feet (Tcf). We however take a conservative view of a 30 TcF economically recoverable resource, which is equivalent to 30 times the size of the Mossgas plants.
Ladies and gentlemen, the other potential economic benefits of shale gas include business development within communities, including establishment of black industrialists, employment, specialised skills development and youth development.

It is my firm belief that the excitement we have about the discovery of this resource needs to be shared and also enjoyed by communities. In this regard my department has devised a promotional programme through which the public and especially communities that are close to the proposed development are educated and informed about these developments. This will ensure that communities are kept up to date about the exploration method and benefits that can be realised from the exploitation of shale gas and informed about the mechanisms and instruments that seek to augment existing laws for the protection of water resources and for the protection of the environment.

Notwithstanding the potential, it is equally important to note that the decision to develop shale gas is not taken in a vacuum. It is intended to co-exist with other priority programmes of Government, such as food security and our national astronomy programme. In this regard, we have also taken measures to ensure the farming community benefits from the development of shale gas, whilst the astronomy programme, such as the Square Kilometer Array (SKA) would not be affected through such development.

With these words I encourage your active participation today and in the future around these developments. We view this as the first of many engagements that Government will have with you around this topic. I further urge you to support these developments in order to ensure growth and development of our society and the country.

This incredible city – the economic and, many would argue, cultural heartbeat of South Africa – just needs one thing to unlock its brilliant potential. And that is a fit-for-purpose government headed up by committed and ethical leadership. →