DIRCO: Naledi Pandor: Address by Minister of International Relations and Cooperation, during the Security Council High-Level Debate on a Comprehensive Review of the situation in the Gulf Region (20/10/2020)

DIRCO: Naledi Pandor: Address by Minister of International Relations and Cooperation, during the Security Council High-Level Debate on a Comprehensive Review of the situation in the Gulf Region (20/10/2020) 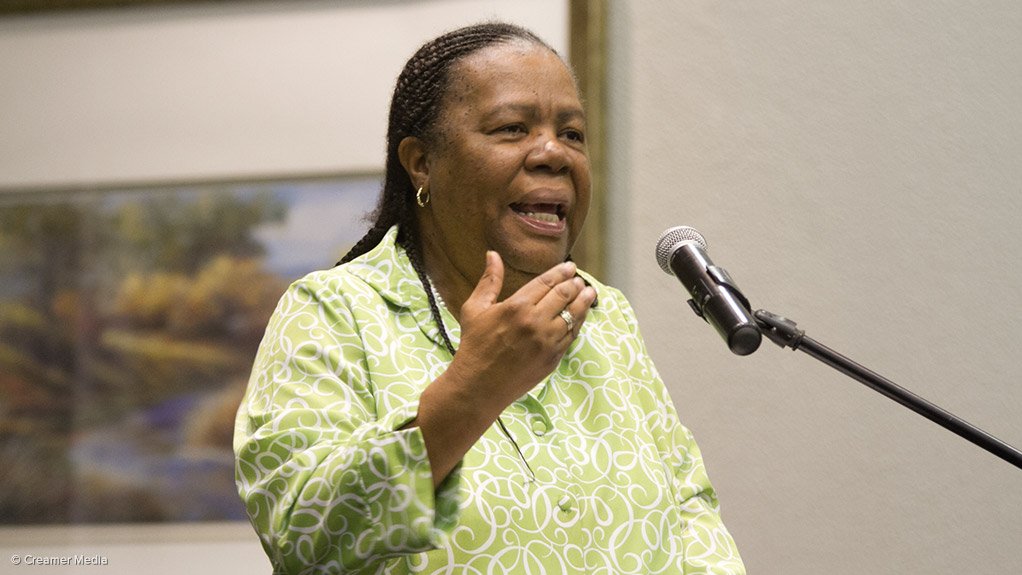 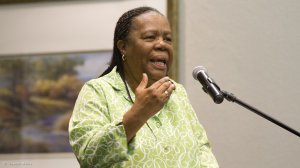 South Africa wishes to commend the Russian Federation for your stewardship of the Security Council for the month of October and I thank you, Minister Lavrov, for convening this meeting today to review the situation in the Gulf region.

As we heard from the interventions already made, security in the Gulf is intrinsically linked to global security, given the significant economic role and strategic position of the region. It is in the interest of us all, for the countries in the region to be able to address the heightened tensions and protracted conflict which has come to characterise the region for so long.

The tensions between key regional players and their allies are disconcerting as their actions spill-over to the wider region and further destabilise an already fragile Middle East.

It is in this context that we reiterate that sustainable peace and stability in the Gulf and the wider Middle East region requires an end to its core peace and security challenge, which is the occupation of Palestine. The international community including countries in the Gulf region should continue to work towards a just and peaceful end to the occupation guided by the relevant UN resolutions pertinent to a viable two-state solution that will guarantee and safeguard the human rights and dignity of all people on both sides of the agreed Green Line. Approaches that seek to undermine the internationally agreed parameters and that does not take into account the views and aspirations of the Palestinians, undermines the prospects for peace and justice.

Meddling by external powers, especially in this region, has taught us the devastating impact this can have on the state and its citizens. The lessons learnt from the illegal, unauthorised invasion of Iraq remain a terrifying example of this. The aftermath of the invasion of Iraq which led to war and devastation, illustrates the consequences of countries resorting to unsanctioned military action, without due regard to international law and the sovereignty and territorial integrity of states.

As the custodians of international peace and security, the Security Council should support any initiative by states in the Gulf region towards collectively addressing security and instability in the region. Such initiatives will not only lead to the restoration of peace and stability in the Gulf region, but also the broader Middle East. It will allow for countries in the Gulf to work together to address broader issues, including countering terrorism and promoting sustainable development. South Africa believes, based on our own experience, that regional and inter-governmental organisations remain critical partners in resolving conflict, and should remain impartial in the drive towards the peaceful resolution of conflicts.

As a matter of principle, and deeply rooted in its foreign policy, South Africa supports multilateral diplomacy, the adherence to international law and the peaceful resolution of conflict.

The Joint Comprehensive Plan of Action (JCPOA) illustrates how diplomacy and negotiations can resolve challenges between states, prior to these evolving into full-scale conflict. We wish to reiterate that South Africa views the JCPOA as one of the most important diplomatic achievements in the area of nuclear non-proliferation since the signing of the Comprehensive Nuclear-Test-Ban Treaty (CTBT). We believe it is an excellent example of collective action to consolidate peace through cooperation and collaboration on the basis of a binding agreement. We are also of the view that the JCPOA has contributed significantly to the reduction of tensions over Iran’s nuclear programme and remains vital in promoting peace, stability and the normalisation of relations within the Gulf.

In an effort to avoid any measures that would challenge the integrity of the processes of the Council, South Africa will continue to encourage Member States of the Council to act responsibly and in a manner that promotes peace and builds confidence and trust amongst nations.

South Africa will remain resolute in supporting efforts to resolve tensions between all stakeholders in the Gulf Region and will always promote dialogue rather than antagonism in order to safe-guard gains already made in support of the maintenance of broader international peace and security.

It has devastated livelihoods and economies, and set back our ability to meet the aspirations of the 2030 Agenda for Sustainable Development.  →