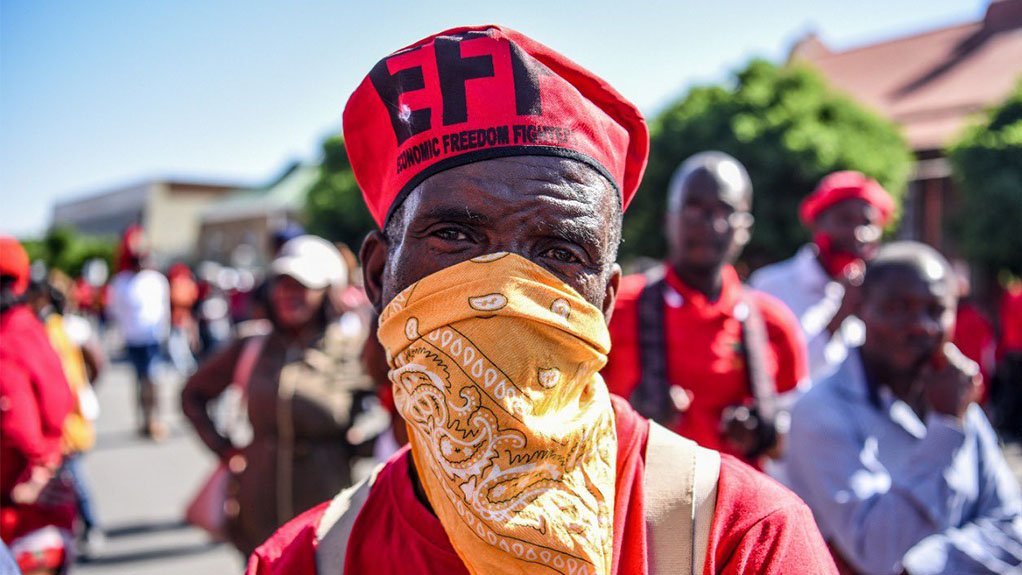 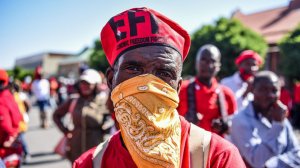 The Department of International Relations and Cooperation (Dirco) has remained mum over Economic Freedom Fighters (EFF) leaders blockading the French embassy and demanding that ambassador Aurélien Lechevallier come and receive their memorandum.

Commemorating Africa Day, the EFF, led by its leader Julius Malema marched to the French embassy in Brooklyn, Pretoria, demanding that the European country withdraw its troops from Africa.

Arriving outside the embassy's gates around midday, Malema demanded that the French ambassador come out and receive the memorandum.

Overwhelmed by the sheer numbers congregating outside the gate, Lechevallier, under the instructions of his security detail, informed the EFF leadership, some of whom had moved to the gate, that they would no longer be coming outside to receive the memorandum.

Infuriated by the response after the French had earlier committed to coming and receiving their memorandum, the EFF leader instructed his agitated members to blockade the main road and "prevent anyone from coming in or out of the embassy".

Malema, however, warned his supporters against damaging any property as some were already banging on the metal sheets covering the entire exterior of the embassy's entrance.

Initially, two staff members from the embassy emerged and tried to explain to EFF secretary-general Marshall Dlamini, party head of presidency Vuyani Pambo, and national speaker Leigh-Ann Mathys, that due to the vast numbers of supporters present, some of whom were metres away from the gate, that they could not send anyone to receive the memorandum.

A heated exchange ensued, resulting in one of the staff from the embassy indicating that the actions of some of the EFF members, particularly those banging the metal sheets, were "unsavoury and posing a security threat".

He added that should it continue, their last resort would be to call for more police and possibly laying a formal complaint with Dirco.

The EFF leadership reassured them that the ambassador would be safe, and the large police contingent and EFF security would see to this.

After a lengthy delay and engagements between the EFF leadership and the embassy, the stalemate was broken, and the officials opened the gate, stood outside as Malema read the memorandum.

Malema said: "France continues to maintain strong and intimidating military bases in almost all African counties they had colonial control over."

African countries that were under French rule continued to pay colonial taxes to the French treasury every year, Malema said.

He said such acts had to be halted in its tracks.

"France must grant full independence to all African countries and allow them to determine their own currencies, monetary policies, and economic directions.

"France must also immediately remove all its military bases which are currently stationed in Africa," said Malema.

After he was done reading his memorandum, he asked that the ambassador come and sign the memorandum before delivering it to his country.

He gave the French seven days to respond, "or the EFF would outline clear and practical programme on how to undermine and counter France's continued colonisation of the African content".

Lechevallier, who reluctantly went to receive the memorandum, refused to sign it, adding that "the French Embassy reminds that France is a reliable partner of South Africa and a friend of the South African people."

"We fully respect the integrity, sovereignty, and independence of all African nations," he added.

Dirco Minister Naledi Pandor and her team were, on Wednesday, engaged in political consultations with her Egyptian counterpart, Minister of Foreign Affairs Sameh Hassan Shoukry Selim, in Cairo.

The French embassy released a statement reiterating that it remained a reliable partner of South Africa, and that the two countries were working together on various bilateral agreements.

The confrontation between the EFF and the French embassy occurred as the rest of the world celebrated Africa Day.

"Africa Day has become yet another event, where we celebrate our identity under a cloud of conquest," the EFF said.

According to the party, there was nothing to celebrate as Africa "remains on its knees, fractured and at the mercy of former colonial masters".

"EFF marks the 59th anniversary of Africa Day, which observes the formation of the Organisation of African Unity [OAU] by great pan-African leaders who led the independence movement in Africa during the 1960s.

"Armed with a fervent love for Africa, its people and a commitment to the liberation of Africans from the chains of colonialism and imperialism, President Kwame Nkrumah, Emperor Haille Sellassie, President Kenneth Kaunda, President Sekou Toure, President Julius Nyerere led twenty-five members in charting the blueprint for a United States of Africa.

"On that fateful occasion, President Kwame Nkrumah declared in the inaugural sitting of the OAU in front of 31-member states in Addis Ababa, Ethiopia, that 'we must unite now or perish. I am confident that by our concerted effort and determination, we shall lay here the foundations for a continental Union of African States'.

"Today, 59 years since this resounding rallying call for unity in the face of imperial domination, Africa remains on its knees, fractured and at the mercy of former colonial masters and their administrators.

"African Union is now a pale shadow of what it was formed to achieve, which was to the liberation of Africans from the chains of colonialism and imperialism," said the party.