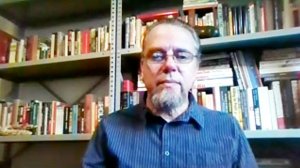 In the late 1970s, as the apartheid government fought a desperate and dirty battle to stay in power, its security forces devised a chilling new tactic.

A shadowy, top-secret unit called Delta 40 was established, tasked with the murder of hundreds of ANC, PAC, and SWAPO members.

Victims’ bodies were flung from aircraft into the Atlantic Ocean. Based on the detailed analysis of flight logs and numerous interviews, Death Flight sheds shocking new light on one of apartheid’s darkest chapters.

Michael Schmidt is an author and investigative journalist. He has 26 years of experience as a field reporter and has worked on some of South Africa's leading print titles including The Mercury and Sunday Times. He was involved as a senior journalist with the start-ups of ThisDay, and of what is now Independent on Saturday. He was group special investigative writer for Independent Newspapers' seven weekend titles before going into journalism training. He has written four books.