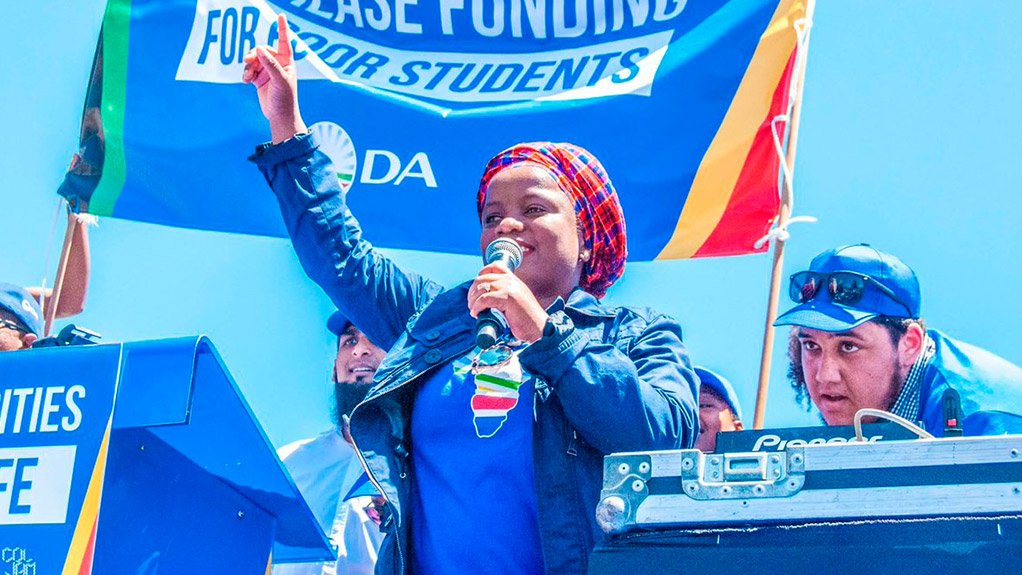 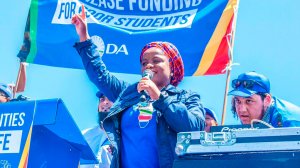 Democratic Alliance (DA) MP and the party's spokesperson on communication policy Phumzile van Damme said on Tuesday she would invite the public to message her personally with any fake news reports on the Covid-19 pandemic so that she could track and counter these.

"From today, people can message me directly and I will keep a record of it all and direct them to the correct information," Van Damme said, adding that she would send the messages to the World Health Organisation's and the Department of Health's websites, among others.

This comes after the DA on Monday accused Communications Minister Stella Ndabeni-Abrahams of being "asleep at the wheel" while fake news on the pandemic, which has seen the government implement some of the most stringent lockdown measures in the world, circulates.

Van Damme said she was not necessarily calling on the government to invoke a regulation that makes fake news on the novel coronavirus and its response to it punishable with six months in prison, but rather expecting the state to aggressively counter false narratives.

"I'm not interested in putting people in jail as our prisons are already overcrowded. My concern is about educating people and helping them to identify fake news as such."

Van Damme said she had been following the proliferation of fake news since the start of the coronavirus outbreak in South Africa last month, but it had reached "fever pitch" in recent days, particularly the conspiracy theory that the pandemic is linked to the roll-out of 5G phone networks.

The discredited 5G narrative has gained traction around the world, and in Britain led to a warning to broadcasters that they would face sanctions if they gave airtime to false information about the virus.

Van Damme said she believed the information posed a danger to society and questioned why the Government Communications and Information System (GCIS) was not acting swiftly to counter fake stories and conspiracy theories.

"GCIS not only has media reach, they have such in communities. I don't understand why they are not using their resources when this is so dangerous."

On Monday, DA MP Siviwe Gwarube laid criminal charges against a man from Parow, Cape Town, after he posted a video on Facebook urging South Africans to resist random testing as the swabs used by health officials were likely to be contaminated with Covid-19.

Gwarube said the video was clearly intended to mislead people and had caused panic on the eve of the roll-out of the government's mass community testing programme.

The man was arrested on Tuesday and Van Damme welcomed this as "a victory in the fight against disinformation".

She said it was deeply concerning that there were reported instances of people refusing to be tested because they feared being infected in the process.

"The DA trusts that this arrest will send a strong message to South Africans that the spreading of fake news is a serious offence with equally serious consequences."

In terms of the regulations governing the national lockdown, all websites with a domain name ending in za must on their home pages display a link to the government's official information portal on Covid-19, www.sacoronavirus.co.za.

Ndabeni-Abrahams's spokesperson Mish Molakeng failed to respond to a request for comment.

The minister has faced criticism in recent weeks after the initial regulations she published allowing government to track people's movements through their cellphone data to determine who had been in contact with carriers of Covid-19 were slammed as overly broad and intrusive.

Her directives were subsequently narrowed by new regulations published by the Minister of Co-operative Governance.

The total number of confirmed Covid-19 cases in Gauteng sat at 2 773 as of Monday, with 1 899 recoveries and 29 deaths, the Gauteng Department of Health said. Johannesburg still had the highest number of infections with 1 385 cases and 1 108 recoveries, followed by Ekurhuleni with 606 cases and 452 recoveries and Tshwane with 384 cases and 271 recoveries. →