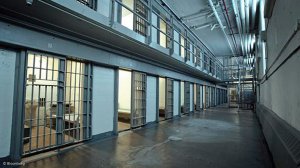 President Cyril Ramaphosa on Monday praised the work done by the South African media during the coronavirus pandemic, six months since the National State of Disaster was proclaimed.

In his weekly address to the nation Ramaphosa said countries with strong institutions, vigilant judicial systems and a robust media have been able to prevent human rights from being undermined and the authority of the State being abused.

He said more journalists were needed and urged society to support the industry.

The Department of Mineral Resources and Energy has clarified that it is aiming to release bid documentation for the so-called fifth bid window of the South Africa’s renewable-energy procurement programme in December.

This follows receipt of the regulator’s concurrence with a Ministerial determination that clears the way for the resumption of procurement.

The Section 34 Ministerial determination has not yet been formally published in the Government Gazette, but the DMRE indicated that it intended Gazetting the document “before the end of next week”, having received the National Energy Regulator of South Africa’s concurrence on September 2.

The Department of Correctional Services has reported a 93% Covid-19 recovery rate, with only 299 active cases left out of 6 944 infections.

To date, 120 deaths have been reported, department spokesperson Singabakho Nxumalo said on Sunday.

The department had recorded 16 new infections and nine recoveries.