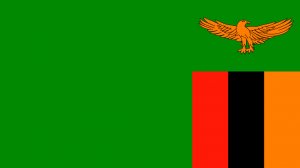 Not for profit organisation Corruption Watch on Tuesday released its Analysis of Corruption Trends Report, which showed that 55% corruption reports were made after the declaration of the national state of disaster.

Almost 2 000 people blew the whistle on corruption during the first half of the year, compared to the same period last year. This is an increase of over 400 reports received.

CW says this is unsurprising given the exposure of rampant corruption in coronavirus procurement, which has enraged South Africans who are trying to survive the pandemic.

The ANC in Gauteng told President Cyril Ramaphosa that his spokesperson, Khusela Diko, could not return to work for another two weeks, pending the finalisation of a provincial working committee report on her political fate.

ANC Gauteng secretary Jacob Khawe said the party told the president that it was in the government's best interests for the party to reach finality on the cloud over her head before she returns to work.

Khawe spoke following a marathon provincial executive committee meeting over an integrity commission report on Diko, Gauteng Health MEC Bandile Masuku and City of Johannesburg MMC Loyiso Masuku, who have been at the centre of a Gauteng health personal protective equipment tender scandal.

Zambia launched a vote with its Eurobond holders on Tuesday, proposing to defer interest payments on its three outstanding dollar-denominated bonds until April 14, 2021.

Zambia said it would conduct a call with investors on September 29 to discuss the plan and was closely coordinating with the International Monetary Fund on making its debt sustainable.