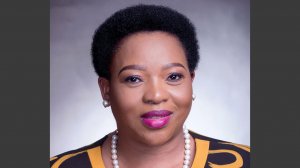 KwaZulu-Natal Economic Development, Tourism and Environmental Affairs MEC Nomusa Dube-Ncube has welcomed the country’s move to level 1 of the national lockdown but has cautioned the liquor industry to comply with regulations.

She was speaking during the Provincial Tourism Investment Committee Meeting attended by tourism industry players, as well as all KwaZulu-Natal municipalities.

She said the KwaZulu-Natal Liquor Authority will continue to work with industry players to monitor compliance.

The DA has welcomed President Cyril Ramaphosa's announcement that Alert Level 1 of the Covid-19 lockdown will be implemented from midnight on Sunday, but says it comes five months too late and that Ramaphosa is to blame for what it calls the country's "socioeconomical devastation".

Ramaphosa made the announcement on Wednesday evening and it means that larger gatherings will be permitted, along with international travel, the sale of alcohol from Monday to Friday and a curfew that is extended until midnight.

In his address to the nation, the president said the country had weathered the Covid-19 storm, but he warned of a potential second wave of the pandemic and asked citizens to continue to be vigilant.

DA interim leader John Steenhuisen, however, said it was a case of too little too late.

Algerian referendum looms as test for president and opposition

A vote on a new constitution in Algeria in November marks a turning point for a country that has been rocked by huge protests and political upheaval and which is now struggling to move on from the tumult.

For President Abdelmadjid Tebboune, adoption of the charter would be a welcome new beginning after his predecessor and many top officials were toppled by mass demonstrations last year.

The weekly mass protests, which sought to sweep away the entire ruling elite, were put on hold when the coronavirus pandemic reached the north African country in March.