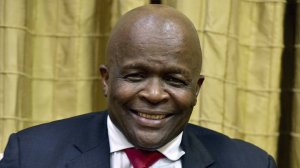 Members of South Africa’s government are meeting today to discuss how to accelerate the country’s economic recovery and consider the most feasible way to provide further welfare grants.

Minister in the Presidency Mondli Gungubele said the ruling African National Congress has agreed in principle on the need for a basic income grant and government is now considering the most sustainable way to implement it.

The cabinet will discuss whether or not the grant would be given to households or to individuals. The finance minister will present a fiscal outlook to the gathering, and advise on expenditure pressures and whether there is a need to make any adjustments.

South Africa ranked eighty-fourth out of 165 countries and territories included in the ‘Economic Freedom of the World: 2021 Annual Report’ released by think tank the Free Market Foundation in conjunction with Canada’s Fraser Institute.

In 2000, South Africa ranked fifty-eighth on the list of countries analysed, the foundation highlights.

It mentions that South Africa has seven African countries ahead of it on the economic freedom list.

New Zealand, Switzerland, Georgia, the US, Ireland, Lithuania, Australia and Denmark rounded out the top ten.

The report, based on 2019 data (the most recent comparable data), warns that recent events in Hong Kong will likely cause its score to fall as data becomes available for 2020 and this year.

Matric pupils are being prioritised for their Covid-19 jabs in a partnership between the Western Cape health and education departments.

She said the process had been communicated to schools, and that the names of pupils, along with parental consent, would be submitted to the school districts.

According to Western Cape health officials, ensuring matrics were vaccinated would offer the best chance to reduce disruptions during the National Senior Certificate Examinations.