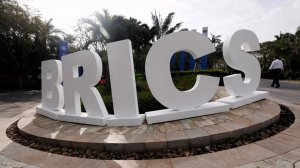 President Cyril Ramaphosa said that South Africa has benefitted from being part of a collective hoping to advance a world order based on mutual respect and on the equal sovereignty of nations.

He noted that BRICS is of immense strategic important to the country and will continue to be so for some time.

Ramaphosa pointed out that in the 11 years since South Africa joined BRICS, the membership has substantially advanced our national interest.

He added that being a member of BRICS has enhanced our position as an important emerging economy and given us access to policy and technical expertise of larger and established economies, as well as access to the support of the National Development Bank.

KwaZulu-Natal launched its first pop-up drive-through mass vaccination site, in Richard's Bay on Friday, to vaccinate as many people as possible before the predicted fourth wave expected at the end of the year.

The mass vaccination programme will also see that members of the Provincial Cabinet venture into churches, community residential units, shopping malls and other places to drum up support for vaccination.

126 new deaths have been recorded, bringing the confirmed death toll to 84 877.

As of Sunday, the country recorded over 2.8-million laboratory-confirmed cases.