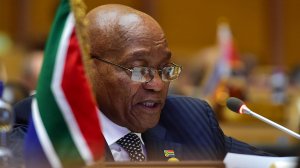 Making headlines: Zuma's corruption hearing pushed to Sept 21, surge in Covid-19 infections showing signs of a downward trend and, Arthur Fraser admits board did not approve medical parole for Zuma

The Pietermaritzburg High Court has pushed back former president Jacob Zuma’s corruption trial to September 21 and 22.

The 12-day postponement was agreed between Zuma's lawyers and prosecutors and granted by Judge Piet Koen at the court.

It is the latest in a series of delays in the long-running case, in which 79-year-old Zuma faces multiple charges including corruption, racketeering and money laundering over the weapons contract over which he allegedly received kickbacks linked to the 1990s arms deal.

Surge in Covid-19 infections showing signs of a downward trend

Health experts says the surge in Covid-19 infections is showing signs of a sustained downward trend.

The National Institute for Communicable Diseases says the country recorded 7 338 new Covid-19 cases, bringing the total number of laboratory-confirmed cases to over 2.8-million.

Arthur Fraser admits board did not approve medical parole for Zuma

The national commissioner of correctional services, Arthur Fraser, has admitted that the Medical Parole Advisory Board did not approve medical parole for former president Jacob Zuma.

He said the board  had actually indicated that Zuma was in a “stable condition".

Fraser said as head of the centre, it was his decision to release Zuma on medical parole based on the reports he had received.