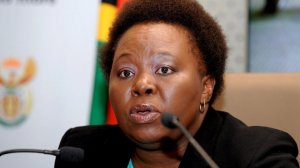 Director-general of the Government Communication and Information Systems, Phumla Williams

Following negotiations at the National Economic Development and Labour Council and the signing of the direction to that effect by Employment and Labour Minister Thulas Nxesi, the coronavirus Temporary Employer/Employee Relief Scheme has been extended until September 15.

Minister Nxesi said with the lockdown for some industries extended to September 15 it makes sense for his department to continue to shield workers from the worst effects of the pandemic.

These benefit payments are part of government-wide response to ease the burden of the pandemic and to ensure that, to the extent possible, workers are not prejudiced by the lockdown.

The government has noted the public outrage over a TRESemme advertisement which Clicks published but says engaging in lawless behaviour is not a responsible way to resolve conflict.

Director-general of the Government Communication and Information Systems, Phumla Williams  said the acts of lawlessness of vandalising and burning down Clicks stores that have been reported are concerning and go against the spirit of peace and respect for human rights that has shaped this country since the dawn of democracy.

More than 400 Clicks stores across KwaZulu-Natal, Gauteng, the Eastern Cape and Western Cape were affected by protest action by the Economic Freedom Fighters on Monday.

West Africa's regional leaders have given the military junta in Mali until September 15 to name a transitional president and a prime minister, according to a statement read at the end of a summit on Monday.

The heads of state of the 15-nation Economic Community of West African States said the president and prime minister, who will lead the transitional government, should be civilians.

A group of army colonels has ruled Mali since ousting President Ibrahim Boubacar Keita on August 18. No consensus has yet been reached on the make-up and duration of a transitional government ahead of promised elections.