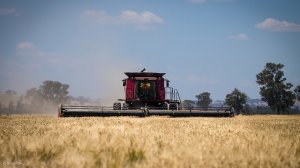 South African farming association Agri SA said it welcomed the "considerable attention" now being given at government level to incidents of farm attacks which in many instances had seen the murder of farmers and their workers.

It however rejected suggestions that they might be racially motivated against white land owners, noting that both farmers and their mainly black workers had come under attack.

South Africa is ready to help insurgency-hit Mozambique with support from its intelligence services or military, but its neighbour would first need to request that help, South Africa's foreign minister said.

Insurgents with links to Islamic State have stepped up attacks in Mozambique this year, alarming energy majors developing huge natural gas deposits there and governments elsewhere in southern Africa.

International Relations and Cooperation Minister Naledi Pandor told a parliamentary committee that southern African regional body SADC had asked Mozambique to provide a roadmap on the assistance it might need, which would then be deliberated upon before a course of action was chosen.

African countries have generally handled their coronavirus response better than many experts feared, except for one detail: managing corruption.

Kenya is the latest African nation to have its politics shaken by allegations of graft in handing out pandemic-response contracts. It follows South Africa, Botswana, Zimbabwe and Uganda, which have all been rocked by scandals of their own.