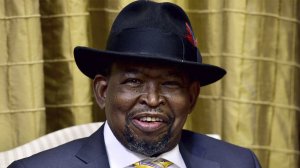 Pietermaritzburg High Court Judge Piet Koen has dismissed an application by former president Jacob Zuma to have the prosecutor in his arms deal corruption trial removed.

Zuma had argued that prosecutor Billy Downer was biased against him and submitted a "special plea" to the Pietermaritzburg High Court to have him replaced.

The former president pleaded not guilty to charges of corruption, money laundering and racketeering in the long-running case over the 1990s deal for military equipment.

Parliament spokesperson Moloto Mothapo took to Twitter today to announce that Finance Minister Enoch Godongwana's medium-term budget policy statement will be pushed back by a week to November 11.

National Treasury released a statement shortly after Mothapo's tweet saying Godongwana will table the medium-term budget policy statement on November 11, and not 4 November.

Treasury said the postponement is due to the local government elections which were promulgated for Monday, November 1. All processes leading up to the finalisation of the medium-term budget policy statement remain on track.

Roads were blocked, shops were shut, phones were down and mosque loudspeakers blared calls for a general strike in Sudan on Tuesday, a day after the army seized power in a coup that triggered unrest in which at least seven people were killed.

The night appeared to have passed comparatively quietly after Monday's unrest, when protesters took to the streets after soldiers arrested Prime Minister Abdalla Hamdok and other civilians in the cabinet.

The leader of the takeover, General Abdel Fattah al-Burhan, dissolved the military-civilian Sovereign Council set up to guide Sudan to democracy following the overthrow of long-ruling autocrat Omar al-Bashir in a popular uprising two years ago.

Western governments have condemned the coup, called for the release of the detained civilian leaders and threatened to cut off aid, which Sudan needs to recover from an economic crisis.