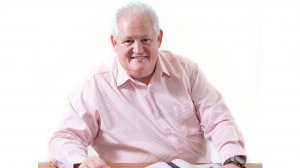 Agrizzi to appear in court for allegedly bribing Vincent Smith

Agrizzi faces a charge of corruption for instructing staff to pay for a R200 000 electric fence around Smith's home in 2014.

The Speaker of the National Assembly Thandi Modise acceded to the request for the Minister to table the budget on October 28, instead of October 21, pending approval of the Parliamentary Programming Committee.

Mboweni cited his rationale for the delay as the complex and unusual circumstances brought about by Covid-19, including the tabling of a supplementary budget in June and government's Economic Reconstruction and Recovery Plan.

The Minister and the National Treasury have had to adjust their approaches and budgetary consultation process.

And, South Africa's Biovac in talks to manufacture Covid-19 vaccines

A South African company, part-owned by the government, is in talks with the global Covid-19 vaccine distribution scheme and pharmaceutical companies to produce some of the vaccines the country needs to protect itself against the disease.

The Biovac Institute, a Cape Town-based joint venture between the government and private sector, could produce up to 30-million doses of Covid-19 vaccines per year, depending on the technology involved, Chief Executive Morena Makhoana said.

Depending on whether the vaccines require a one- or two-dose regimen, that could be enough for a quarter or half of South Africa's population.