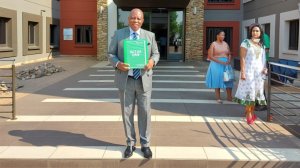 ActionSA leader Herman Mashaba on Tuesday said that government’s response to the coronavirus pandemic has thrown into sharp focus the fault lines in South Africa, calling on government to follow up promises with action.

He was addressing a virtual media briefing on South Africa’s economic recovery in the wake of the novel Covid-19 pandemic where he argued that the current state of South Africa’s economy is a result of indecision, inaction and policy uncertainty caused by ideological factional battles within the tripartite alliance.

On the stimulus package announced by President Cyril Ramaphosa earlier this year, Mashaba questioned why small businesses were closing and why many South Africans were losing their jobs.

The DA is set to launch an economic structural reform tracker aimed at measuring progress on the government’s promises.

The DA said the tracker, to be unveiled by member of parliament and shadow minister of finance Geordin Hill-Lewis, would measure progress on economic structural reform in five thematic areas – public finance, the energy sector, State-owned enterprises, corruption and the labour market.

The party said national government’s track record on implementing its structural reforms programme has been poor as many of its commitments to date have not been met with a corresponding plan of action.

The reports shows that Eastern Cape has reported 17, 43 in the Free State, two in KwaZulu-Natal, 11 in Gauteng, three in North West and seven in the Western Cape.

Of the 83 deaths reported by Monday, eight occurred in the past 24 to 48 hours – one in the Free State, two in Gauteng and five in the Western Cape.

A cumulative total of 693 359 confirmed Covid-19 cases have been recorded in South Africa, with 624 659 recoveries, which translates to a recovery rate of 90%.