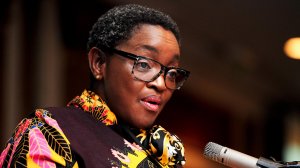 Making headlines: Bathabile Dlamini pleads not guilty to perjury; South Africa delays Covid vaccine deliveries as it has too much stock; And, DA mayor installed in Thabazimbi

The case stems from her testimony during an inquiry the Constitutional Court instituted into her role in the 2017 South African Social Security Agency grants crisis, which Judge Bernard Ngoepe chaired.

The inquiry was held to establish whether she should be held personally liable for the costs of the debacle.

The judge found that Dlamini was evasive when she answered questions.

Health ministry officials have said that South Africa has asked Johnson & Johnson and Pfizer to delay delivery of Covid-19 vaccines because it now has too much stock, as vaccine hesitancy slows the inoculation campaign.

About 35% of South Africans are fully vaccinated, higher than in most other African nations, but half the government's year-end target. It has averaged 106 000 doses a day in the past 15 days in a nation of 60-million people.

Earlier this year the programme was slowed by insufficient doses. Now deliveries have been delayed due to oversupply.

And, DA mayor installed in Thabazimbi

The African National Congress was dealt yet another blow when opposition parties closed ranks and shared the top three positions at the hung Thabazimbi local municipality in Limpopo yesterday.

The ANC obtained 11 seats after the 2021 municipal elections, while the five opposition parties garnered a total of 12 seats.

They voted together to install the DA's Tokkie Swanepoel as mayor, Butana Thlabirwa of TFSD as speaker, and Catherine Sikwana of TRA as chief whip.

The voting showed the ANC did not succeed in its talks late on Monday to persuade some of the opposition parties to form a coalition or to be voting partners.