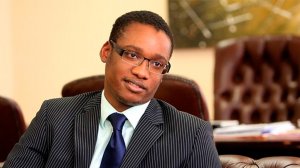 Lobby group AfriForum is giving the National Prosecuting Authority until early next year to either prosecute President Jacob Zuma's son Duduzane for culpable homicide or give them the green light to prosecute him privately.

AfriForum CEO Kallie Kriel told journalists that they had given the NPA a January 2018 deadline to release a nolle prosequi certificate (required for a private prosecution), which would allow former NPA pitbull Gerrie Nel to prosecute Duduzane.

Kriel said if they have not received any feedback, [they will] go ahead and take the action that needs to be taken. He added that, according to the law, Afriforum had to give the NPA a fair amount of time to make a consideration.

Kalidass not a victimised whistleblower says SABC board chair

The new South African Broadcasting Corporation board said that board member Rachel Kalidass, who resigned from the board after being supposedly victimised for raising concerns about a candidate for the group CEO position, is not the persecuted whistleblower that she is making herself out to be.

Addressing a media conference at the SABC offices in Johannesburg yesterday, SABC board chairperson Bongumusa Makhathini suggested that Kalidass had not only failed to disclose all the facts, but that her resignation contained inaccuracies and that she breached board confidentiality.

On Wednesday, in her resignation letter, Kalidass said her questioning of the suitability of candidates considered for the group CEO and chief operations officer positions was met with great hostility and she was attacked.

And, no word from Mugabe or Zimbabwe army generals as meeting ends

Zimbabwe's beleaguered 93-year-old President Robert Mugabe's meeting yesterday with army general's including Constantino Chiwenga, who is leading the "coup", went on late into the night, but there has been no word as to what the outcome was.

It had been widely speculated that Mugabe will agree to step down provided that his safety and that of his family were guaranteed.

Chiwenga took control of the country on Tuesday in a move the Zimbabwe Defence Forces said was aimed at removing "criminals" surrounding the ageing president.

However, regional body SADC, which held an emergency security troika meeting in Botswana yesterday, has warned it will not tolerate any unconstitutional change of government.