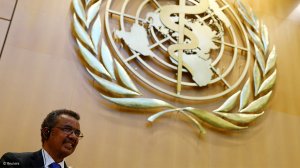 The Public Servants Association and the National Education Health and Allied Workers Union has commenced with their strike at the South African Revenue Service today.

This follows last-minute efforts by the tax body to avoid a strike by offering to channel its savings from last year towards salaries.

Labour is demanding a CPI plus 7% increase, but SARS has told unions that this is unaffordable.

SARS maintained that the R3-billion boost to the tax authority from Finance Minister Enoch Godongwana's budget did not account for wage increases.

Police Minister Bheki Cele has insisted that police responded "decisively" to the unrest which engulfed KwaZulu-Natal and Gauteng in July last year.

This, however, is in contrast with the expert panel which in a February report found the "police failed to stop the rioting and looting".

Cele tabled the police, Independent Police Investigative Directorate and Civilian Secretariat of Police's budgets in a mini-plenary of the National Assembly.

He said the death of over 300 people during the week-long lawlessness will remain one of the darkest times in South Africa’s democratic history.

The World Health Organization's members re-elected Tedros Adhanom Ghebreyesus as Director General by a strong majority for another five years.

The vote by secret ballot, at a major annual meeting, was seen as a formality since Tedros was the only candidate running.

Ministers and delegates took turns to shake hands and hug Tedros, a former health minister from Ethiopia, who has steered the UN agency through a turbulent period dominated by the Covid-19 pandemic.

Addressing the assembly soon after his re-election, Tedros said the WHO's focus will be on emergency preparedness and improvement of the agency.