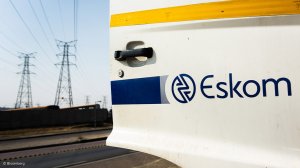 Making headlines: Ramaphosa says onus cannot fall on victims of racism to advance reconciliation , 'No attempt to disguise' latest incident of sabotage at Eskom power station as another cable is cut and, ANC veterans vow to no longer be used in ANC factional battles as it appoints new unity leadership

In his weekly letter to the nation today, President Cyril Ramaphosa stated that the time for “half measures” in transformation is over.

Responding to recent reports of racism at Stellenbosch University, he called out people who were holding on to ideas of white superiority.

However, he added that to end racism the conditions that separate black and white South Africans needed to change, along with attitudes.

Ramaphosa said there was a need for frank and honest dialogue between people of different races on the experiences of black people in South Africa 28 years into democracy.

A cable on Unit 1 at Eskom's Matla Power Station was cut over the weekend in what is now the fourth incident of suspected sabotage at a power station in the past two weeks.

It was reported yesterday that officials discovered the cut cable, but the 575 megawatts unit had fortunately not tripped because a backup cable had been left untouched.

Three other cables in the same cable rack were also undamaged.

Eskom has been forced to implement stage three and four load shedding over the weekend as cold weather and high levels of breakdowns left the utility short of generation capacity.

The newly nominated uMkhonto we Sizwe Liberation War Veterans Interim Committee  has vowed that the days are over when military veterans' structures are used in fighting factional ANC battles.

This was said by veterans’s convenor Dan Hato when the newly nominated unity leadership was presented to the media following a two-day engagement of all military veteran organisations.

The soft-spoken Hato added that in the future, ANC veterans would, "... henceforth be used to build cohesion within the county and be part of the social network that pursues the renewal of the ANC for the benefit of all citizens."