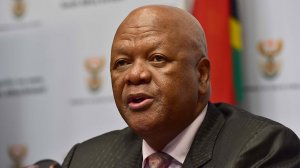 Making headlines: Jeff Radebe says election dip is a warning for ANC come 2024, Ramaphosa says R22m flag project has been cancelled and, South Africans are warned to expect stage 2 load-shedding in the evenings all weekend

ANC head of policy Jeff Radebe said today that organisational renewal is important for the survival of the party.

The party released its policy discussion papers ahead of the much-awaited policy conference scheduled to take place between July 28 and 31.

The ANC will take discussions to its branches and other forums, which will convene between the end of June and July 23.

Yesterday, Mthethwa announced that he "directed his department to review the process related to the monumental flag in its totality".

However, Ramaphosa's comments emphatically state that the project has been cancelled.

South Africans were not happy about the project, questioning the reasoning behind the project during the country’s precarious economic situation.

Eskom says a shortage of generation capacity has persisted, and Stage 2 load-shedding will be implemented from 17:00 to 22:00 from today until Sunday.

The power utility said it will continue to closely monitor the system, adjust and communicate any changes as may be necessary.

The utility has 3 405 megawatts out on planned maintenance, while another 15 534 megawatts of capacity is unavailable due to breakdowns.

Eskom admitted that acts of sabotage had been uncovered at its Tutuka power station, and that it suspected an inside job.