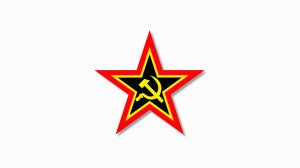 The South African Communist Party has welcomed the African National Congress National Executive Committee’s decision to ask party members charged with corruption or other serious crimes to voluntarily step aside from their duties, or face suspension.

The SACP affirmed its support for the ANC’s decision and said it would take the same action against its members.

It also urged all members to rally behind the ANC in its fight against corruption and cemented its support for the Zondo Commission of Inquiry into State Capture.

Western Cape Premier Alan Winde has said that focusing on governance over the last few years has helped keep the Western Cape’s unemployment rate lower than in other provinces.

He was speaking with journalist Bruce Whitfield during the PSG think big series webinar, under the topic ‘The future of the Western Cape’.

Winde said good governance as a habit was crucial to maintaining service delivery.

The premier said his focus now would be on keeping services while also looking into working on improving Constitutional safety.

And, Power generation woes in Ivory Coast and Ghana hit industry and neighbours

A drop in electricity generation in Ivory Coast and Ghana has left households and businesses fuming as well as cutting power supplies to neighbouring West African countries Mali and Burkina Faso.

A prolonged dry season has reduced water levels at hydropower dams in both countries that in some cases could take months to resolve, hampering productivity, raising costs and hitting the economies of the world's biggest cocoa producers.

In Ivory Coast, which exports power to six countries, the national power company faces a generation deficit of about 200 megawatts, or nearly 10% of its 2 230 MW capacity.

The situation could return to normal around July.