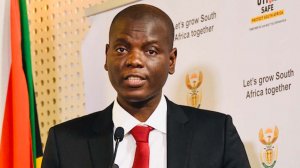 The country's highest court has given Zuma until March 8th to file a response to the inquiry's case that he should be convicted of criminal contempt of the commission and sentenced to two years' imprisonment.

Zuma has yet to formally indicate whether he will oppose that application.

Retired justice of the Constitutional Court of South Africa and Freedom Under Law Chairperson Johann Kriegler has called for the Judicial Service Commission to suspend Judge John Hlophe following the dismissal of former Minister of State Security Bongani Bongo's corruption case on Friday.

Kriegler said he was concerned at the implications for the administration of justice.

The Land Court Bill was the outcome of the work done by the Inter-Ministerial Committee on Land Reform which is chaired by Deputy President David Mabuza.

The IMC has been seized with implementing the recommendations of the Presidential Advisory Panel on Land Reform and Agriculture.