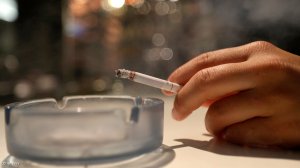 South African smokers may now need to wait until August for the second of two cases challenging the ban on cigarettes to be heard.

The country's largest tobacco manufacturer, British American Tobacco South Africa, and other tobacco groupings have taken the State to court to try and get the 12-week ban on the sale of cigarettes undone. The legal challenge against the ban was due to be heard on Tuesday June 30.

But the British American Tobacco case has now been delayed until August, after an apparent directive by Judge President John Hlophe.

Chairperson of the DA's federal legal commission Glynnis Breytenbach has confirmed that DA federal council chairperson Helen Zille will be formally investigated to determine whether her recent tweets violated the DA constitution or breached any party policy.

She said the matter will be allocated to committee assistants of the DA’s federal law commission on Friday.

Zille tweeted that there were more racist laws in the country now than there were during apartheid, and lauded the oppressive regime's last president FW de Klerk for its downfall.

More than 700 teachers and school staff and 88 pupils have tested positive for coronavirus in the Western Cape to date according to this week's provisional stats, Education MEC Debbie Schäfer has said.

She confirmed this during a briefing to the National Council of Provinces on Thursday.

According to the verified cumulative total released a week ago, 375 staff members and 61 pupils had tested positive, Schäfer's spokesperson, Kerry Mauchline, said.

The South African Communist Party (SACP) on Tuesday said while it welcomed the Special Investigating Unit’s (SIU’s) move to recover funds from former Eskom executives, former board members, members of the Gupta family and their associates, it called for the arrests of all those implicated in illegally diverting the funds. The State-owned power utility and the SIU have issued summons to recover about R3.8-billion. →