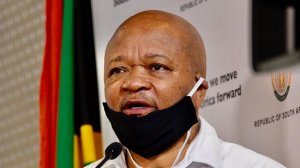 The National Union of Metalworkers of South African and the South African Cabin Crew Association said they have lost faith in the department of public enterprises, accusing it of sanctioning a business rescue plan for troubled national carrier South African Airways which would lead to 3 700 job losses.

The unions said they were considering legal action to interdict voting on the plan, which they said had been developed without consulting labour as required by law.

In its preliminary response, the department of public enterprises said it was concerned that the rescue plan might not be adequate.

The department of public service and administration has instructed relevant departments to take action against officials who have failed to disclose their financial interests or are doing business with the state.

The minister for public service and administration, Senzo Mchunu, has raised serious concerns about the number of government employees who have failed to disclose their financial interests and those doing business with the state.

The Public Service Regulations, 2016, require senior management service members to disclose their financial interests annually by 30 April, the DPSA said in the statement.

DA seeks clarity from Lamola on parolees released during Covid-19

The DA is seeking transparency from Justice and Correctional Services Minister Ronald Lamola on the prior convictions of the 19 000 parolees who will be released from prisons to deal with overcrowding during the coronavirus pandemic.

DA Shadow Minister of Justice and Correctional Services Glynnis Breytenbach said while the government had given assurances that prisoners who were released on parole were convicted of non-violent crimes, there was no indication of whether they had previously been convicted of violent crimes.

The Department of Correctional Services is working to fast-track the release of “low-risk” prisoners, who will serve their remaining sentences under Community Corrections.

The Asian Roundabout: Afghanistan After the West's Withdrawal

Between 2001 and 2019, two million men and women from abroad served in Afghanistan, and more than $2 trillion was expended, an extraordinary, once-in-a-generation commitment of resources to a poor country, a staggering opportunity cost. As NATO troops prepare to leave Afghanistan by 11 September in the face of a Taliban surge, this documentary asks two timely and critical questions: why did the international intervenors fail in their mission to bring stability to Afghanistan, and how might peace now occur? →