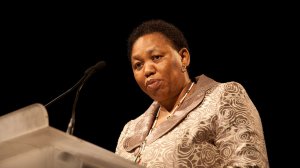 Teachers unions are against the return of Grades R, 6 and 11 to school next week.

Three unions are worried about the safety of teachers and pupils in schools, especially after reports that the country was faced with the imminent peak of the coronavirus.

Meanwhile, the Independent Schools Association of Southern Africa has pleaded with President Cyril Ramaphosa to allow all pupils in independent schools to return.

President Cyril Ramaphosa has informed Parliament of his decision to extend the employment of 20 000 members of the South African National Defence Force for service to enforce regulations aimed at containing coronavirus from June 27 to September 30, a move set to cost R1.5-billion.

Parliament said National Assembly Speaker Thandi Modise and National Council of Provinces chairperson Amos Masondo had received correspondence from Ramaphosa dated June 30 which said the service of the soldiers was in co-operation with police to maintain law and order, support other state departments and control South Africa’s borders.

President Ramaphosa says the outbreak of Covid-19 continues to increase across the country and that the services of these SANDF members is still required to combat the spread of the pandemic.

Doctors treating Covid-19 patients in Sierra Leone went on strike on Thursday over unpaid bonuses, leaving patients in some of the main treatment centres without care.

The strike marks an escalation in a row between doctors and government over what doctors say is a misuse of funds for the coronavirus response in the small West African country, and a lack of protection and compensation for healthworkers.

Doctors say that they were promised hazard pay for their work during the outbreak, but that the pay has not come.