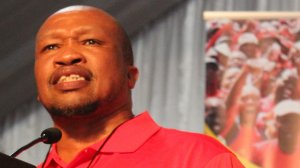 Two senior Health Department officials have been demoted one level and have received final written warnings for their involvement in the management of the Digital Vibes contract.

Dr Anban Pillay and Popo Maja have each been handed a "salary level demotion" for 12 months.

Both men have also received a final written warning each. In addition, Pillay has been suspended for three months without pay.

A third department employee, Shireen Pardesi, was allowed to resign with immediate effect.

In his capacity as president of the country, Cyril Ramaphosa will oppose the Democratic Alliance's court application to have the African National Congress's cadre deployment policy declared unlawful and unconstitutional and taxpayers will have to foot the lawyers' bill.

This week, Ramaphosa, the Government of the Republic South Africa, and the Minister of Public Service and Administration filed notices to oppose the application, following a notice from the ANC.

Thulas Nxesi is acting as the public service and administration minister.

The State Attorney signed the notices that were filed at the Gauteng High Court in Pretoria.

The DA lodged the case about two weeks before the final part of the Zondo Commission report was released. In the report, Chief Justice Raymond Zondo concluded that cadre deployment played a significant role in enabling State capture.

And, Over 50 officials banned from Numsa conference as shop steward drama worsens

National Union of Metalworkers of South Africa shop stewards from around the country have learned that they would effectively be barred from attending the union's national conference next week.

According to an internal letter dated 20 July, 26 union shop stewards would be subjected to the union's disciplinary proceedings. The letter is from Numsa secretary-general, Irvin Jim.

This comes after 31 officials were suspended last week, including the union's second deputy president, Ruth Ntlokotse. The suspensions and bans come ahead of the conference, set to take place in Cape Town.

Ntlokotse says she was also elected president of Numsa's umbrella federation, the South African Federation of Trade Unions at its national congress in May, against the wishes of Numsa leaders.