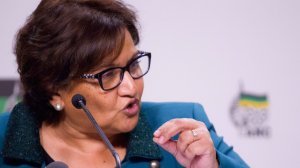 Making headlines: 8 000 Covid-19 cases in a day brings tally to 159 333, Duarte says Popo Molefe had the power to act against Prasa corruption and, Nigeria to restart domestic flights in easing of coronavirus curbs

ANC deputy secretary general Jessie Duarte said former Prasa board chairperson Popo Molefe, and not the ANC, had the powers to act against corruption at Prasa.

Duarte said the party would respond to the Zondo commission of inquiry investigating state capture where Molefe alleged the ANC top six ignored widespread corruption at Prasa when he reported it to them in 2015.

She confirmed that the then ANC top-six led by former president Jacob Zuma was approached by Molefe who raised corruption allegations against implicated former Prasa CEO Lucky Montana and others.

Nigeria to restart domestic flights in easing of coronavirus curbs

The airports for the capital Abuja and Lagos will open on July 8, while a handful of others are set to open July 11 and the rest on July 15, the government said.

Nigeria had confirmed more than 25 000 coronavirus cases and almost 600 deaths as of Wednesday, with little sign of the outbreak slowing.

In an age of bewilderment, it is difficult to connect with our strange South African history. The events surrounding the ‘Jameson Raid’ of 1895, in which an ebullient Rhodes and his cronies tried to seize the old Transvaal Republic, demonstrate an early attempt at state capture. →