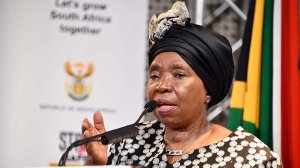 Thirty National Union of Metalworkers of South Africa officials who claim they were suspended so that they could be sidelined ahead of a crucial conference, are headed to the Labour Court on Friday to attempt to have their sanctions lifted.

If this is unsuccessful, they will ask to have the Labour Court in Johannesburg to postpone the union's high-stakes conference at the Cape Town International Convention Center next week, where new national office bearers will be elected.

The 30 officials, including the chairperson of the union in Meyerton, Kwanda Khanyile, and Vereeniging-based official George Makhanya, say that Numsa secretary-general Irvin Jim used the suspension to sideline them so that they could not participate in the conference or run for national office.

Jim maintains that the officials were suspended for misconduct and that they should allow their disciplinary proceedings to run its course before approaching the media.

The North Gauteng High Court in Pretoria has dismissed a bid by the local unit of the Chinese Railway Rolling Stock Corporation to have the South African Revenue Service return money taken from its accounts.

SARS found that the Corporation overstated the price of its locomotives sold to Transnet as part of its involvement in State capture, and that the company has a tax debt of more than R3.6-billion. Its parent company, which is partly-owned by the Chinese government, is the world's biggest train maker.

The State Capture Inquiry report found that the corporation’s businesses paid billions in kickbacks to Gupta companies to ensure that Transnet buys 1 064 of its locomotives.

In June last year, a senior SARS official instructed China Construction Bank to transfer R635.3-million from an account belonging to the local CRRC unit to SARS. Standard Bank was ordered to pay R101 000 from CRRC’s account.

CRRC appealed to the high court to overturn this instruction.

And, State of Disaster extended to August

The gazetted extension comes as parts of KwaZulu-Natal, and other provinces, recover from severe flooding in April.

Dlamini-Zuma first declared a National State of Disaster on April 18 and the extension seeks to assist recovery efforts by government and its social partners.

More than 400 people have lost their lives to the April floods, with many still missing.

Making headlines: Ramaphosa says he receives 'no remuneration' from Phala Phala, Joburg's new Financial Misconduct Board to 'fight corruption and theft of city's resources's and, ANC alliance partners say Waluś's release a slap in the face →