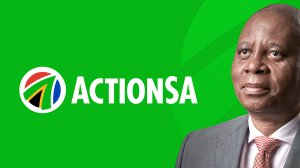 Recently formed ActionSA has invited opposition party leaders to initiate a multi-party platform to respond to, what it calls, “the crisis created by government’s response to the Covid-19 pandemic”.

ActionSA leader Herman Mashaba deliberately excluded the Economic Freedom Fighters as he deems the party to be “a threat to our hard-won constitutional democracy and a party that openly champions the collapse of the South African economy”.

He criticised the ANC government’s handling of the Covid-19 pandemic and called for the removal of the ANC from government in 2024 and from municipalities, as soon as this year.

South Africa recorded another 243 Covid-19 deaths and 4 551 new infections on Monday, while the recovery rate continued to improve. The cumulative number of cases is now 1 417 537.

The Eastern Cape continues to lead the death toll, with 10 137, while KwaZulu-Natal has the highest number of active cases at 46 528.

Meanwhile, on Monday, President Cyril Ramaphosa announced that the country would soon be receiving the first consignment of Covid-19 vaccines from the Serum Institute of India.

President Cyril Ramaphosa pleaded with richer countries, on Tuesday, to release their excess Covid-19 vaccines to countries that have yet to receive doses and added that he was worried about “vaccine nationalism”.

Virtually, addressing the World Economic Forum, he noted that richer countries have acquired doses of up to four times their population, as many poorer countries battle to begin their vaccination programmes.

Ramaphosa accused richer countries of hoarding vaccines to the exclusion of countries that most needed it.

He warned that vaccinating only some countries would not eliminate Covid-19, stating that all countries had to be vaccinated.