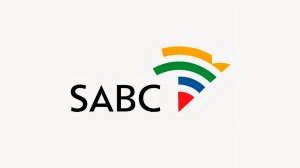 African National Congress President Cyril Ramaphosa is set to deliver the party's January 8th birthday statement, but this time it will be delivered virtually.

Health Minister Dr Zweli Mkhize on Sunday called on the private sector, including pharmacies, to help with the rollout but the government is yet to outline how exactly they will help.

Dis-Chem and Clicks have a combined 45% dispensary market share.

Dis-Chem, with more than 180 stores, will offer the vaccines at all its clinics nationwide and is also looking to offer them at its eight drive-through Covid-19 testing stations.

In the first phase of the vaccine programme, government wants to vaccinate about 1.25-million healthcare workers in the country.

The South African Broadcasting Corporation has concluded its retrenchment process and reduced the number of affected workers to just over 300.

Seapolelo said the retrenchment process exceeded the minimum legislative requirements of 60 days and four sessions and was finalised on November 6, 2020.

She said after considering all options, the total number of affected employees was reduced to 303 against the projected 600.