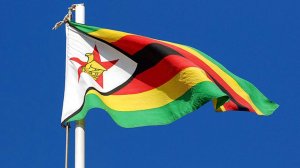 South Africa's former president Jacob Zuma did not show up on Monday at an inquiry into corruption during his time in office, despite the country's top court ordering him to appear.

Zuma's lawyers confirmed in a letter to the inquiry that Zuma would not attend the inquiry this week, when he was due to give evidence.

Speaking near Zuma's Nkandla homestead, Edward Zuma, one of his sons, told reporters there had been a longstanding conspiracy against his father and that the inquiry had treated him differently to other witnesses.

President Cyril Ramaphosa has warned that South Africa’s economic recovery will be difficult and will take time, not least because the country is still in the midst of the coronavirus pandemic.

It will soon be one year since the first reported Covid-19 case in South Africa.

Ramaphosa said the pandemic had come at a great cost to public health and the livelihoods of millions of people.

He stated that the country’s focus must be to create an enabling environment for businesses to recover, as well as economic growth that encouraged job creation and that attracted investment.

It is unclear how much the cash-strapped southern African nation will pay for the second batch of the vaccines from China National Pharmaceutical Group.

Zimbabwe has set aside $100-million for vaccine procurement, and is looking to buy 20-million doses in efforts to immunise about 60% of its population and achieve herd immunity.