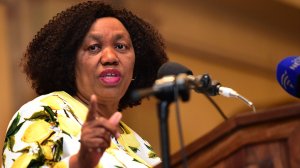 Seven months after President Cyril Ramaphosa tabled the first State of the Nation Address after last year's elections, the ANC is expecting a progress report on how he is faring in delivering their manifesto, especially in terms of economic growth.

Following a ruling by the Eastern Cape High Court in Makhanda on December 12, that schools should admit undocumented children, the Department of Basic Education has now issued a circular instructing schools to comply with the ruling.

However, at the start of the school this year, it has been reported that schools were still turning away undocumented immigrant children despite the ruling.

Eskom to offer voluntary retrenchment packages to some staff

Cash-strapped Eskom will start offering a voluntary retrenchment package to managers in non-core operations, as well as employees over the age of 60.

Eskom said that the window for applications will open in the third week of February 2020, with "employee exits planned for end of April 2020".

Last month Eskom's new CEO, Andre de Ruyter said there would be no forced retrenchments at the beleaguered power utility.

The power utility came close to not paying employee salaries in April 2019, after previously announcing it could no longer afford salary increases.