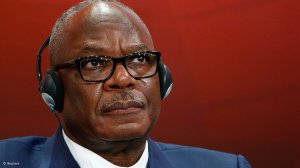 The National Coronavirus Command Council and Cabinet have been advised to lift the ban on the sale of cigarettes and alcohol and move the country to Alert Level Two of the nationwide lockdown.

President Cyril Ramaphosa is expected to announce his decision this week.

It has been reported that Ramaphosa chaired meetings of the NCCC and Cabinet on Tuesday where the overwhelming argument was in favour of fully reopening the economy.

This is in light of the fact that fewer confirmed Covid-19 cases have been reported daily.

Basic Education Minister Angie Motshekga has dismissed claims that her husband, Dr Mathole Motshekga, is involved in the production of sanitisers for schools.

In a statement issued on Tuesday, the department said the allegations were "desperate and far-fetched lies that should he ignored".

The department also added Mathole Motshekga did not own or plan to own a factory that produces or supplies sanitisers or personal protective equipment to schools.

Mali protests resume as thousands call for president to resign

Thousands of people took to the streets of Mali's rainy capital Bamako on Tuesday renewing calls for President Ibrahim Boubacar Keita to step down despite international mediation efforts to resolve a political crisis.

Protests led by an opposition coalition called M5-RFP have raged since June, caused by contested local elections and perceived government corruption and incompetence.

Keita had hoped that concessions to opponents, and recommendations from a mediating delegation of regional leaders would help stem the tide of disaffection.

Despite over a year of negotiations, Sudan is facing a fresh obstacle to its removal from a US terrorism list that has hindered its economy: a demand that it normalize relations with Israel, three sources familiar with the matter said. However, three Sudanese government officials told Reuters on Thursday that Sudan is resisting the linkage of the two issues, which comes as US President Donald Trump has been touting himself as a historic peacemaker on the campaign trail. →