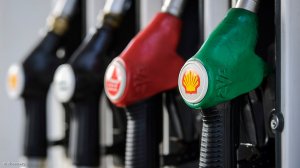 Hefty rise in petrol price for May

The Nelson Mandela Foundation and AfriForum will head to the Equality Court today and tomorrow to argue for and against whether the display of the old South African flag constitutes hate speech.

Last year, the foundation announced that it had made an application to the Equality Court for an order declaring that gratuitous displays of the old apartheid flag constitute hate speech, unfair discrimination and harassment based on race.

AfriForum is opposing the foundation's application. It argues that the Equality Act's provisions on hate speech don't cover displays and communications involving symbols and images, but only words.

AfriForum said it was committed to upholding the right to freedom of expression, while taking active steps to combat genuine hate speech.

Hefty rise in petrol price for May

The price of both grades of petrol - 93 octane and 95 octane unleaded and lead replacement petrol - will increase by 54c/l with effect from midnight on Tuesday.

Energy Minister Jeff Radebe said the main reasons for the increased fuel prices were that the rand on average had strengthened slightly against the US dollar.

The UN will grant Mozambique and the Comoros Islands $13-million in emergency funds to help provide food and water and repair damage to infrastructure after the second cyclone in a month slammed into the region.

Cyclone Kenneth crashed into the northern province of the southern African nation on Thursday just as it was recovering from Cyclone Idai, which hit further south last month.

Weather experts are warning that Kenneth could dump twice as much rain on northern Mozambique as Idai did. It has already killed five people as it unleashed heavy rains and flooding.