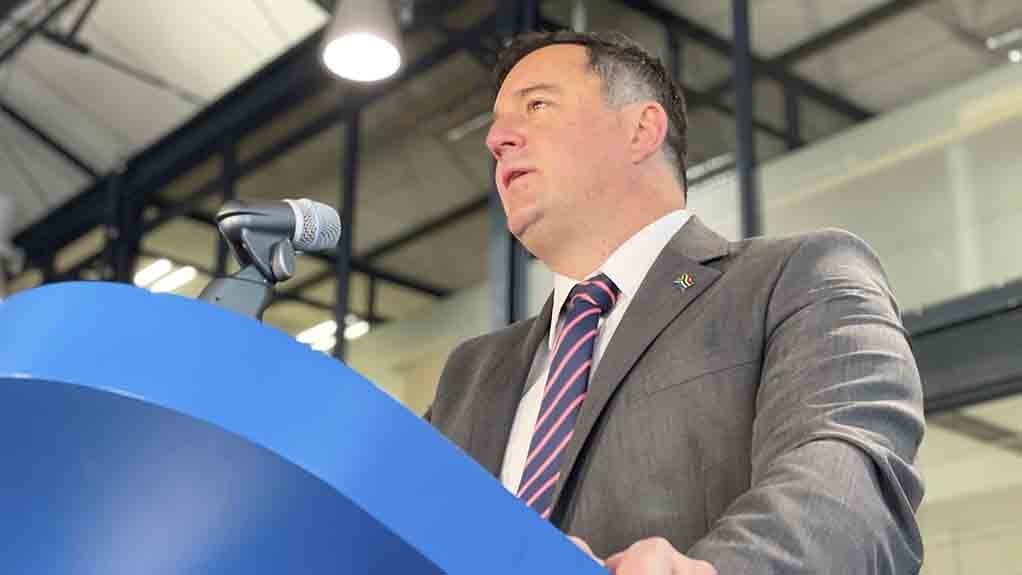 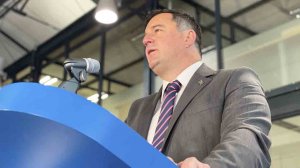 Next week this time we’ll all be making our way to our voting stations to cast our votes in the most important local government election any of you have ever voted in.

The decision we make on 1 November will have a massive and direct impact on the lives of millions of South Africans.

This is true for every municipality across the country, but the people of NMB have a particular reason to get up off the couch and go out to the voting station.

And that reason is: We must finish the job that we so almost did in 2016.

What happened here in 2016 was amazing in terms of DA growth. We became the biggest party in the metro and the leading party in the governing coalition. For the first time ever this metro had a government that wasn’t the corrupt ANC.

It was the DA’s best performance ever in NMB, by far. But it still wasn’t quite enough.

We ended up with 57 seats out of the 120 seats in council. Just four more would have given us an outright majority, and that would have meant five straight years of the DA - and only the DA - implementing its vision.

But because we fell short by such a tiny margin, we had to rely on the support of a number of small parties in a coalition.

Don’t get me wrong - in principle coalitions are not a bad thing. They are a crucial part of modern multi-party democracies, and we are going to have to make them work for the foreseeable future in many local governments.

The problem with coalitions is that you never quite know how long your partners will stay true to their word and committed to delivering progress.

Here in NMB, some of our coalition partners were committed to bringing stability to this metro, and we worked together very well. But others had no interest in the big project of improving the lives of the people of NMB. Their primary goal was access to power and positions, and they ended up flip-flopping between coalitions.

The other problem was that we were dealing with an ANC that had become accustomed to looting this metro dry for two decades. They considered access to the metro’s tenders and procurement as their divine right, and they would do anything to get back to the feeding trough.

And so right before a critical council vote, they managed to get to one of our councillors and convinced him - as only the ANC know how - to abstain from the vote. Because the majority was so slim, that one vote was all they needed to overthrow the DA coalition in a council coup.

What followed was a disaster for the people of NMB. After two years under a DA coalition government, where every single aspect of delivery in this metro was turned around and cleaned up, where hundreds of millions of rands of corrupt tenders were cancelled and where real progress was made for the first time in decades, everything slid backwards again.

From 2018 til 2020 all the gains made here under the DA were reversed. The city ended up in massive debt again and crooked suppliers were given their contracts back. The coalition of corruption had opened the feeding trough once more and cadres started stuffing themselves again.

It took us two full years to throw them out again, but by then they had done their damage. NMB was virtually back where it was when the DA took over.

That is why every single vote in next Monday’s election is of such critical importance.

If only a few more people there had realised what was at stake and decided to go and vote instead of staying at home and leaving it to others, NMB would have had five straight years under an outright DA government by now.

If only some of those people who chose to test the waters with a new party, or one of the many small parties, had decided to back the DA instead, NMB would have had five straight years under an outright DA government by now.

Now I know that it is tempting to try something new - something you’ve never tried before. There are many small and new parties around who will beg you to try them because they’re new.

You may even be tempted to vote for one of these smaller parties because you think they might go into a coalition with the DA anyway.

Don’t make those mistakes. Those are gambles that almost always backfire. We have 2016 to learn from. Let’s not waste that lesson.

I can also tell you who would want you to vote for any of the small parties. The ANC would want that very much. If they can’t get your vote as first prize, they will happily settle for the second prize of splitting the vote that could have gone to the DA among a bunch of other parties.

Every vote that goes that way strengthens the ANC’s position.

The other big reason to go out and vote for the DA is that we have proven in many municipalities that where we govern outright - in other words where we don’t have to rely on small parties and constantly appease coalition partners - we are able to deliver on a scale that the ANC can only dream of.

The independent organisation, Ratings Afrika, looked at a whole range of governance data to determine which municipalities were performing and which ones were failing. They ranked all South Africa’s municipalities in order from best-performing to worst.

Right at the top of the list, the first five municipalities were all DA run. And importantly, they were all run by the DA alone, and not in coalitions.

When you look at that ranking list - or the similar ranking list recently compiled by News24 - one thing is clear: The best performing municipalities in the country are those which have had multiple terms under a DA government, and a DA government alone.

I want you to imagine what five straight years of the DA difference could do for NMB. And then followed by five more years. This place would be unrecognisable.

Ten years ago the DA faced a similar situation in Cape Town. We had just finished a tricky term managing a seven party coalition government in that metro. But in 2011, Capetonians went to the polls and gave the DA an outright majority in the metro.

By 2016, voters there were so convinced that this was what the future of Cape Town should look like that they gave the DA an even stronger majority.

What you see in Cape Town today is the result of 15 years under a DA-led government, of which the last ten years were under an outright DA government. This has made Cape Town South Africa’s best performing metro, by far.

Whether you look at access to basic services, unemployment or new businesses investing in the city, Cape Town operates on a different level.

And that is what we want for NMB too. This metro has everything it needs to be just as successful - from established manufacturing industries and huge renewable energy potential to spectacular natural beauty. Not to mention its greatest asset: its incredible people.

There’s only one party that ticks all those boxes, and that party is the Democratic Alliance.

But we can’t do it without you. You need to go out on 1 November and give us that mandate to bring the DA difference to NMB.

Don’t gamble on new parties - you will almost always end up regretting it.

Don’t risk your vote on a small party. They cannot keep the ANC out.

And don’t leave it to others on election day. We all know what happened in 2016. Your vote could have made the difference.

The power to change Nelson Mandela Bay into a place of hope and opportunity now lies entirely in your hands.

On 1 November, go out and put your cross next to the one party that can make this happen. The only party that gets things done: The Democratic Alliance.

In this province of KwaZulu-Natal last year, the National Institute for Communicable Diseases confirmed the first suspected case of Covid-19, after one of our compatriots tested positive upon return from an overseas trip.  →