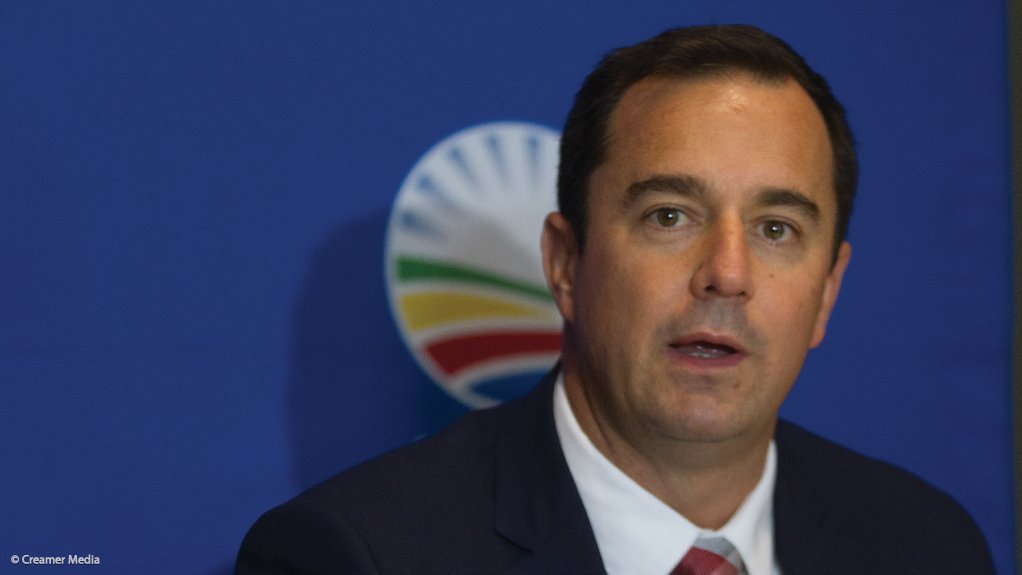 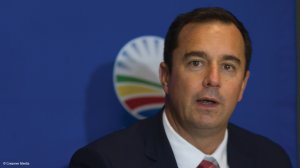 Newly elected interim Democratic Alliance (DA) leader John Steenhuisen says negotiations with several parties, including the Economic Freedom Fighters (EFF), are under way to keep the African National Congress (ANC) out of power in the City of Johannesburg.

On Tuesday, Funzela Ngobeni was chosen as its candidate to replace outgoing mayor Herman Mashaba, who vacates office next week. Mashaba, who stepped down a day after former DA leader Helen Zille made a comeback as federal council chairperson, resigned from his roles as councillor and party member.

Steenhuisen told News24 that while he had not met with the EFF, he would like to see the DA continue to work with the party, adding that a negotiating team was already assisting its Johannesburg caucus in this regard.

"They understand the dynamics. They were in the original negotiations. They will be the team that looks into how these negotiations will continue going forward," said Steenhuisen.

The parties shared a rocky relationship and the leader of the red berets, Julius Malema, publicly announced an end to the partnership earlier this year.

However, the EFF continued to sing Mashaba's praises, expressing a desire to work with him even outside of the DA.

A report into the state of the DA, which a review panel conducted after the party failed to grow its support in the 2019 general elections, suggested that forming governments in Johannesburg and Tshwane, with the EFF's support, "was a mistake".

While acknowledging the issues highlighted in the report, Steenhuisen said it did not call for an end to the DA's relationship with the EFF.

"The report says we need to go back to our voters about how they view the coalition, where they stand on it and to also communicate why we are in a government there, what we are trying to achieve there and to what purpose that government is in place," Steenhuisen said.

The interim leader also weighed in on reports that the Inkatha Freedom Party, one of its coalition partners in Johannesburg, was in talks with the ANC.

"I think that now more than ever is the time for opposition parties to stand together, building up that alternative," said Steenhuisen.

News24 previously reported that the ANC, DA and EFF had their eyes on the seat of power in the City.

The ANC's efforts to oust Mashaba during an attempted motion of no confidence in him in August failed to get off the ground when the party withdrew its bid to get rid of the mayor.

In considering the state of Tshwane - the other Gauteng metro the DA governs through a coalition - Steenhuisen described the municipality as one which was very difficult to run, with concern about the supply chain management system.

"There are some particular difficult problems in Tshwane, mainly relating to the supply chain management process and a very heavily unionised workforce driving a political agenda against the administration, which is making life very, very difficult there," said Steenhuisen.

Touching on the Hammanskraal water saga, he said there was a need to streamline the supply chain process so that the City could deliver services more efficiently to residents to which, he said, Mayor Stevens Mokgalapa had committed.

"There's got to be a spend on infrastructure. It's got to be spent far more efficiently. The supply chain management system, as it's configured there, is not working," he said.

"I think there has to be far more focus of that government on showing empathy and compassion for residents who are living in very difficult circumstances without water and without electricity," Steenhuisen added.

The newly elected interim leader expressed hope to one day see the DA back in charge of Nelson Mandela Bay - a metro it had won control of through a coalition with smaller parties and the EFF's assistance, before it was ousted with the removal of former mayor Athol Trollip through a motion of no confidence.

The area has been rocked by scenes of violence in the council and threats of assassinations.

He said since Trollip's ousting, an axis of evil and corruption between Mayor Mongameli Bobani and ANC councillor Andile Lungisa had gripped the City.

"A City that has gone from being the second best metro in the country to do business with to being the worst, [is a] huge reversal of fortunes for the people of the bay," said Steenhuisen.

He said the DA and smaller parties were working hard to "rescue" the municipality but also questioned the ANC's inability to step in and halt the "coalition of corruption".

Steenhuisen said the ANC, which is in charge in the Eastern Cape and national government, should be doing more to save itself from reputational damage.

He said if the DA couldn't win back control of the metro, it would campaign on how the municipality had deteriorated since the party was unseated, come 2021 when South Africans go to the polls in the local government elections.

Attempts to reach the EFF in the Johannesburg council were unsuccessful.

Democratic Alliance MP and the party's spokesperson on communication policy Phumzile van Damme said on Tuesday she would invite the public to message her personally with any fake news reports on the Covid-19 pandemic so that she could track and counter these.  "From today, people can message me directly and I will keep a record of it all and direct them to the correct information," Van Damme said, adding that she would send the messages to the World Health Organisation's and the Department of Health's websites, among others. →