DA: Bheki Cele: Address by Police Minister, an update on the levels of compliance and adherence to the Covid-19 Lockdown Regulations in the country at GCIS, Tshedimosetso House (22/05/2020)

DA: Bheki Cele: Address by Police Minister, an update on the levels of compliance and adherence to the Covid-19 Lockdown Regulations in the country at GCIS, Tshedimosetso House (22/05/2020) 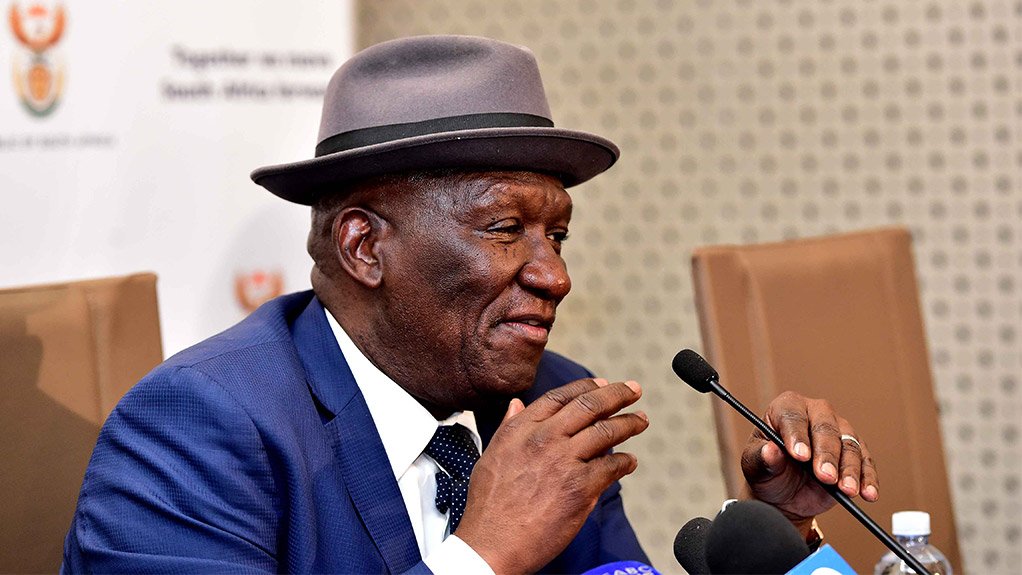 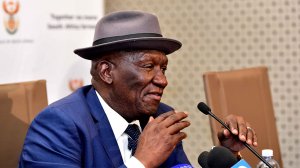 Deputy Minister Cassel Mathale
National Commissioner, General Kehla Sitole
Senior Officers of the SAPS
Members of the media who are tuned in this afternoon
Our viewers and listeners at home
Sanibonani Good afternoon

When President Cyril Ramaphosa declared a state of disaster in March, the objective was to flatten the curve in relation to the spread of the corona virus. Subsequently, measures have been put in place to practicalise this objective. A number of Regulations were promulgated including the current Risk Adjusted Strategy, all in the best interests of the citizens of this country.

We were urged to all work together and fight this pandemic, and we have to a greater extent been successful in achieving this.

Now, 57 days later and exactly three weeks into Lockdown Level 4, the country is anxiously awaiting the dawn of Alert Level 3 as government continues to respond to both the pandemic and the needs of the public.

I have together with the Deputy Minister of Police, Cassel Mathale and the National Commissioner, General Kehla Sitole been visiting provinces to assess enforcement by the security forces as well as adherence to the lockdown regulations. I have visited some provinces more than once after receiving complaints and observing high levels of non-compliance. Coincidentally, these provinces where I visited more than once, are currently those with the highest COVID-19 infection rates.

Arrests for contravention of regulations

At one point towards the end of April when we were still on Level 5, we had about 107 000 cases opened with 118 000 people charged for contravention of the lockdown regulations. In just over a month, this number has more than doubled and is almost at 230 000 for contraventions that include:

Provinces with the highest number of arrests for contravention of the lockdown regulations almost mirror the provincial infection rates with the Western Cape in the lead, followed by Eastern Cape, Kwa-Zulu Natal and Gauteng.

Accordingly, the arrested persons were either issued with fines or released with warning, while some are out on bail and those cases relating to more serious offences are before the respective courts in the country.

We know that criminals are opportunistic. So organised crime syndicates have taken advantage of the lockdown especially on the ban of alcohol and cigarettes, and have expanded their illegal trade into the illegal market of illicit and counterfeit alcohol and cigarette sales.

We have also observed an increase in smuggling of contraband (liquor and tobacco) between South Africa’s land borders with Botswana, eSwatini, Lesotho, Mozambique and Zimbabwe, as well as the sale of these products in the black market.

Our lockdown partners the SANDF, have disrupted some of these illegal operations mainly along South Africa’s borders with Mozambique and Zimbabwe; and confiscated contraband including alcohol and cigarettes worth about R1,07 million in March and R1,6 million in April.

In relation to serious and violent crime, we announced in April that there was a dramatic decline in especially the contact crime category which includes domestic violence, as well as in trio crimes which include house and business robberies as well as hijackings.

Again this time around, we have compared crime since the lockdown to crime over the same period in 2019. While the figures remain low comparatively speaking, we have noted slight increases in some crime categories.

The reasons behind the increase or decrease in crime is yet to be determined and confirmed by our Crime Analysts. However, we do believe that the slight increase is due to the relaxation of the lockdown restrictions which has seen increased movement of people and traffic on the road, as more companies have gone back to business again.