Covid-19 still around but at low levels

Covid-19 still around but at low levels 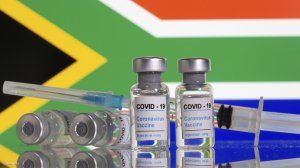 While the number of Covid-19 cases are not at an alarming rate, the public has been warned that the disease is still around.

The percentage testing positive was highest in the 75 to 79 years age group at 21.9%, the NICD said.

In terms of Covid-19 related hospital admissions, there was a 40% decrease in the number of new admissions to 286 from last week's 377.

"Delays in reporting of admissions and deaths may affect the numbers reported in the most recent week," the NICD stated.

"The reason it is like that is that 95% of the population has already been exposed, especially to the omicron variant. For those who are not vaccinated, the message is clear: You are susceptible to getting infected. If you have risk factors, like comorbidities, you can still fall very, very ill and die from omicron," Dasoo said.

He said that even if people were vaccinated against Covid-19, they still needed to avoid infection.

"The chance of getting long Covid is quite high. It's quite debilitating and can go on for months. You have to make a call on how you want to protect yourself."

Dasoo said it was crucial for people to adhere to health protocols like social distancing and wearing masks.

"This also applies to other respiratory diseases like the flu. You want to avoid being around people who seem like they are ill and coughing a lot. If it happens that you have a temperature, you should regard yourself as being infected, whether it is with Covid or the flu."

While Covid-19 is still around, other respiratory diseases have also been circulating.

Since the influenza season started in February, 1 135 cases have been detected from all surveillance programmes, with mostly Influenza B Victoria and Influenza A(H3N2) in circulation.

According to the NICD, most cases were reported in the Western Cape, with 347 cases, followed by Gauteng, with 293.  The Free State recorded only seven cases, while Limpopo recorded six.

Another respiratory virus that was in circulation this year is the respiratory syncytial virus (RSV).  The season started in February and ended in June. There were 880 RSV cases detected during the season.