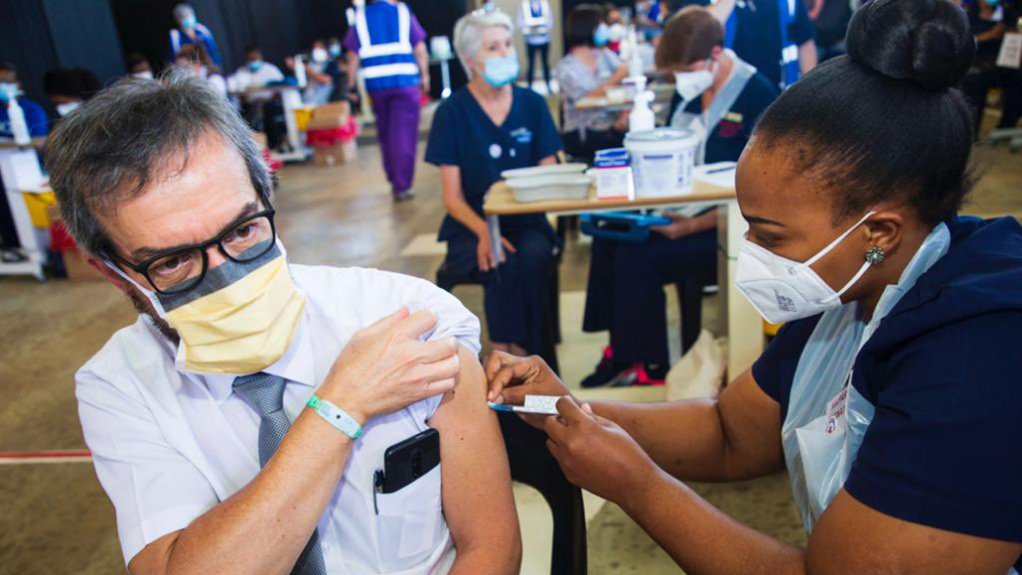 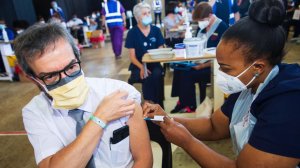 South Africa is set to surpass a new record in its Covid-19 vaccination rollout.

Health Minister Joe Phaahla is expecting the country to reach a new record of 20-million jabs by the end of Friday.

During a digital briefing, Phaahla said 19 899 964 vaccines had already been administered.

With the department administering, on average, 200 000 jabs a day, he expects the new record to be set by the end of the day.

The vaccination programme "remains stable, having kept the momentum of the previous week after the Vooma Weekend", Phaahla said on Friday morning.

More than 34% of adults have received at least one jab, bringing the department almost halfway to its target of vaccinating 70% of the population by the end of December.

Phaahla has urged South Africans to take advantage of the "window of opportunity" afforded by the decrease in Covid-19 cases.

"We are pleased to report that the number of new infections have continued on a downward trend over the last seven days at 28% reduction and a 3.5% reduction in hospitalisation. But we still have just over 5 000 people in hospital with Covid-19," he added.

According to a National Institute for Communicable Diseases statement, the country recorded 947 new cases and 40 deaths, bringing the death toll to 88 506 on Thursday.

Reported deaths are also down by 16%, Phaahla said.

"Ultimately, all of us are looking forward to a day when there will be zero deaths from this virus," he said.

Phaahla added that the return to economic, social and sporting activities could take place sooner if more people were vaccinated.

He referenced a soccer match between Bafana Bafana and Ethiopia on Tuesday, which 2 000 vaccinated fans attended.

"We are again calling on all South Africans to come forward and contribute toward their own health safety and that of your families, friends [and] co-workers, by vaccinating. By so doing we can reclaim our lives as experienced by the 2 000 fans at the Bafana Bafana vs Ethiopia game," he said.