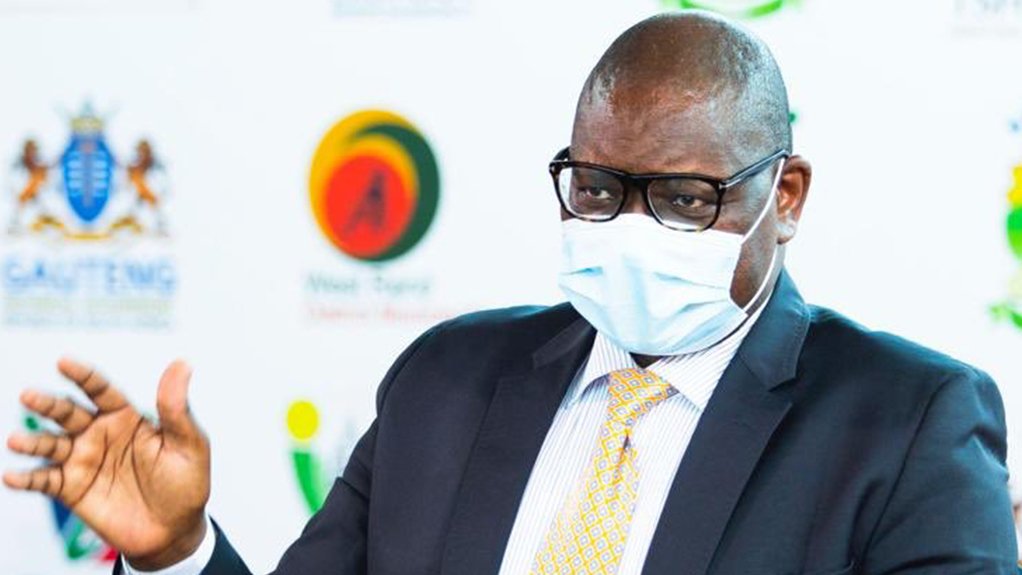 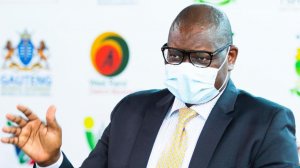 Those who are responsible for corruption during the Covid-19 pandemic will be thrown behind bars and the provincial government will work hard to win back people's trust, Gauteng Premier David Makhura promised on Tuesday.

"We will fight back through our own actions to ensure we are rolling back corruption from this provincial government," Makhura said in his almost two-hour-long State of the Province Address (SOPA).

Unlike in previous years, the Gauteng legislature chamber was almost empty due to Covid-19 restrictions and the speech was streamed on social media platforms.

"This province will bounce back and move forward in a way that leaves no one behind."

He said the province had "innovative, agile, and adaptive governance structures" that responded speedily to the pandemic. It added "42 65 new functional beds and [created] 4 992 posts" in the healthcare sector since April last year.

But the corruption allegations and irregularities "revealed substantial governance weaknesses", and the "irregular and corrupt practices" exposed by the Auditor-General and the Special Investigating Unit "constitute a serious dent in the progress we made in the past five years on clean governance and integrity".

Wrongdoing in the public and private sectors should be brought to book, and the money should be recovered by the state, he said.

The beleaguered provincial leader, who has been asked by his party to respond to corruption allegations which implicated his office, stepped in to take responsibility for the graft under his watch by saying:

"We have betrayed [the people's] trust through these acts [of corruption] and irregular practices. We want to assure the people of our province that we will fight to win back their trust."

Although it's impossible to protect people from all disasters "... you also need [an] ethical and clean government so that these interventions are meant for what they are meant to do, not for purposes that are evil purposes, for the rogues and the corrupt".

He said the province would review the efficacy of its plans and strengthen its capacity to respond.

The implementation of the open tender system, the introduction of integrity management measures, the significant advances on clean audits and the four-year partnership with the SIU were testimony to their commitment to fight corruption and promote clean governance, he said.

"We have finalised a total of 73 forensic investigations and 66 cases were referred to law enforcement agencies for criminal investigation and civil recovery processes," he said.

"We are going to shine a spotlight on every department and agency that is not taking clean governance seriously. We will tighten prevention, detection, investigation and resolution systems and crack the whip on departments and agencies that are bringing the name of our province into disrepute by defrauding the public purse."

He pointed out that the Office of the Premier and provincial treasury had clean audits for the past eight years, but there was "some regression" in the last financial year in other departments.

Makhura made no mention of the allegations in an affidavit by the health department's former chief financial officer, Kabelo Lehloenya, that Makhura's office gave suggestions on which companies should be appointed to supply and deliver personal protective equipment in the province.

Makhura was forced to fire one of his political allies, Bandile Masuku, as the health MEC for failing to exercise oversight after rampant corruption was flagged in relation to the procurement of personal protective equipment.

Makhura acknowledged that the past 11 months since the first Covid-19 lockdown, were "an emotional rollercoaster of pain, panic, anxiety, anger and anguish".

In Gauteng, more than 400 000 people have contracted Covid-19 and almost 10 000 have died. Many livelihoods were also destroyed. Makhura said half a million jobs were lost in South Africa's biggest economic hub and 42% of small businesses had to close down for good.

He said it was important to prepare adequately for the "third wave" of the pandemic as the country approached the winter season.

He added, "We must also say without equivocation that vaccines constitute the decisive weapon against pandemics. The vaccination plan has to be rolled out urgently and massively to save lives and enable the economy to recover fully."

Makhura said President Cyril Ramaphosa had already taken the vaccine and everyone else who were not health workers should wait their turn "and we shouldn't try to jump the queue".

Jogging on the spot, he said: "We are warming up in the queue, we are ready to take the vaccines. We should be impatient. We want the vaccines to arrive as in yesterday."

Makhura said winning the battle against Covid-19 was the province's top priority this year, followed by reigniting the economy, "recalibrating social policy" to improve health and education and fight crime, and improving governance.