Fears are mounting that kidnapping for ransom could trigger terrorism in Benin. This is amid an already growing threat of violent extremism in the country. National authorities and local communities worry that kidnapping could exacerbate Benin’s security challenges and provide an entry point for extremists operating nearby.

There has been no evidence of kidnappers being linked to violent extremist groups. Still, such incidents could be exploited by terrorists operating in neighbouring countries such as Burkina Faso, Niger and Nigeria. Extremists are already obtaining logistical and financial resources from West African coastal states.

From November 2019 to September 2020, five abduction cases were reported by the local press in the country’s northern and hilly communes. This may provide only a glimpse of the extent of kidnapping in Benin as incidents are not systematically reported to the authorities.

Sites of kidnappings in Benin 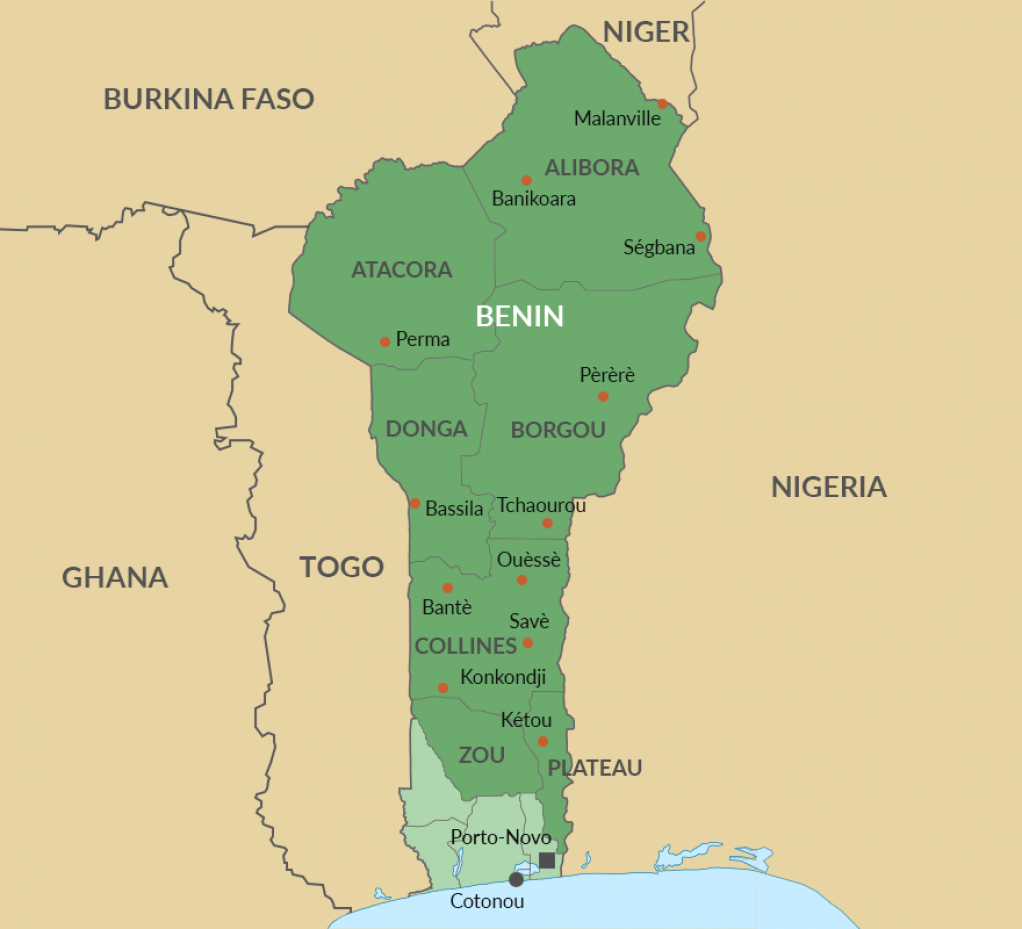 Locals suspect transhumant herders from Benin, Burkina Faso and Nigeria, of kidnappings in the country. Perpetrators target mainly wealthy local herders or those involved in large transactions on livestock market days. The kidnappers identify their victims, often with the support of the latter’s relatives, friends or associates. The victims are then kidnapped either on the road or in their homes and held in the forests.

Some locals consider kidnapping for ransom as an imported crime. This is mainly due to the suspected involvement of foreign herders and Benin’s proximity to Nigeria, where the attacks have been prevalent since the 2000s.

In 2021, Benin’s government created a technical committee to monitor and secure pastoral transhumance zones and combat abductions. The committee is mandated to, among other things, oversee the implementation of the December 2019 law prohibiting the cross-border movement of livestock.

The police’s efforts, often in collaboration with hunters and herders, has calmed the situation in Tchaourou and led to the release of hostages and the arrest of kidnappers. But police still struggle to identify the owners of the phones used to contact victims’ relatives to demand ransom. It is also difficult for police to access certain areas during rainy seasons. These problems, along with locals’ ability to circumvent the ban on cross-border transhumance, enable kidnappers to operate with little hindrance.

The continuation of kidnapping for ransom threatens Benin’s security and social stability in three ways. First, it stokes tensions between local communities and Fulanis, who are accused of being involved in the kidnappings.

Any collaboration between the police and hunters or herders to stop the abductions could trigger intra- and inter-communal conflicts. In 2014, officers in some localities used Dambanga hunters to track and arrest highway robbers. Instead of handing suspects over to the police, the hunters allegedly tortured, abused or murdered suspects. So using hunters raises human rights concerns.

Second, the prohibition of transhumance is unlikely to stem kidnapping in Benin as it doesn’t address the root causes of the problem. It also won’t reduce the risk of kidnappers turning their attention to communities other than herders or hunters.

Finally, ISS research in the region shows that violent extremist groups collaborate with criminals to gain footholds and obtain various resources. Benin must prevent extremists from forming alliances with kidnapping networks or bandits, particularly in its border areas.

Tackling kidnapping for ransom in Benin requires a preventive and proactive approach. Herders need to be made aware of how to conduct their livestock businesses safely, and the police must work to gain the trust of communities. Police and intelligence agencies should also use technology to trace communications between perpetrators, families and associates of kidnapping victims.

Inclusive development solutions are also needed. These must focus on the communities' needs and address the factors that lead to people’s involvement in organised crime. It is also vital to ensure that security measures taken against kidnappers adhere to human rights principles, to avoid a breakdown of trust between civilians and the state.

This article was produced with support from the Open Society Initiative for West Africa (OSIWA) and the Hanns Seidel Foundation.