COSATU statement on the upcoming Socio-economic strike on Thursday

COSATU statement on the upcoming Socio-economic strike on Thursday 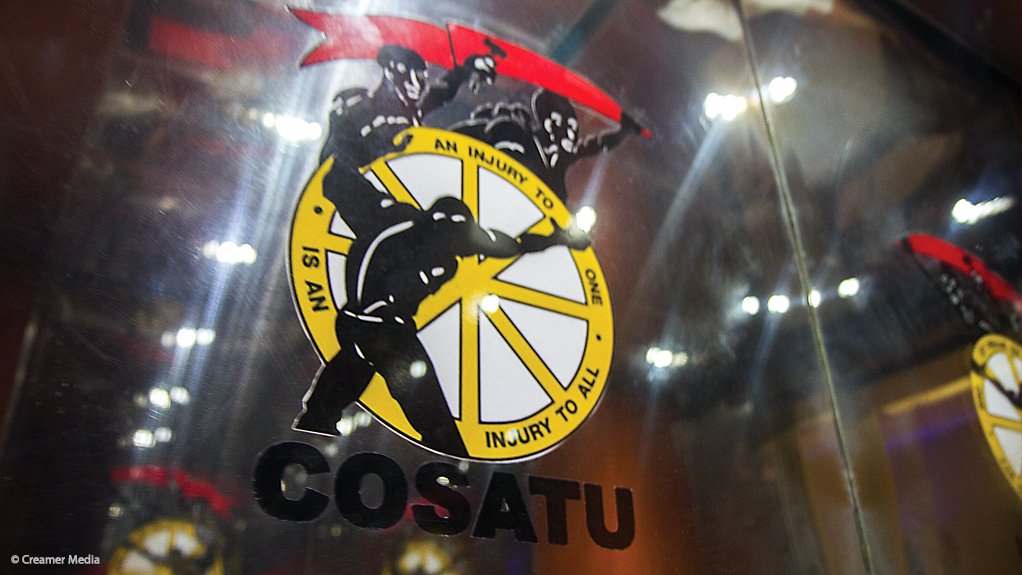 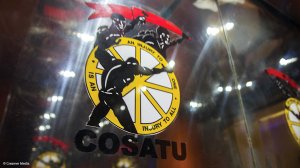 The Congress of South African Trade Unions (COSATU) is finalising and intensifying its national mobilisation efforts in the build-up to the upcoming socio-economic national strike set to take place on Thursday, the 07th of October 2021- the Global Day for Decent Work.

The Federation is issuing a call to all workers and South Africans to join the strike on Thursday. They can either join the planned activities across the country or withdraw their labour by staying at home on the day.

The strike on Thursday is legally protected and is focused on pushing both government and the private sector to act to fix the economic mess that the country finds itself in, and take seriously the issues that are affecting workers and South Africans in general.

We remind workers that this strike is taking place under COVID-19 restrictions, and we urge all our members and the broader society to continue to take precautions. We encourage them to vaccinate because this pandemic can only be defeated through unity and cooperation.

COVID-19 has become the greatest challenge of our generation and if we do not work together, it has the potential to be the single biggest reversal in the history of human development.

On Thursday, we shall be demanding urgent action from policymakers in government and decision-makers in the private sector to stop the attacks that are directed at workers. Both the public and the private sector have been blatantly undermining collective bargaining.

We want the reversal of budget cuts that have led to an unacceptable wage freeze in the public service, the disintegration of the CCMA, and retrenchments in State-Owned Companies.

We will also be calling on the private sector to abandon its investment strike that has seen many companies either hoarding or exporting cash out of the country, despite receiving generous incentives to invest back into the economy. This year billions were given away in tax cuts when that money could have been used to increase government spending.

Instead of clearly indicating that the rich must bear the burden of fixing the government’s balance sheet after decades of rising profits, in a country which is the most unequal in the world and whose inequality is grossly racialised - the government is going back to attacking the public service, at the time when there is a need to build the capacity of the state to accelerate delivery.

Workers reject the current arrangement of a corporate welfare state that continues to take resources from the poor to support corporations without any set conditions. Tax breaks and other generous incentives are given to the private sector without the private sector delivering anything in return.

Since the onset of the current COVID-19 inspired capitalist crisis, the ruling elites have imposed extreme sacrifices upon the workers. Both government and the private sector expect our members to make sacrifices for an economic crisis that has been compounded by corruption and mismanagement. This is totally unacceptable.

The biggest huddle in fixing South Africa’s myriad of problems is the inefficiency of the state and the scourge of corruption in both the public and the private sector. Corruption in the private sector has seen price gouging in many sectors of the economy like retail and pharmaceutical sectors, therefore, compounding existing inequality and poverty.

Private sector cartels have stolen billions of rands from businesses, taxpayers, and ultimately from consumers. They have distorted economic markets and have strangled competition.

If there is no change in the country’s economic policy direction, the already low standards of living of working people will deteriorate significantly. More livelihoods will be destroyed by the resultant deepening turmoil.

It is disgraceful that with no reduction in unemployment and with economic activity deteriorating year after year; Neoliberal die-hards in government continue to push government to persist in its rigid targets of budget deficit, public debt, and inflation rate – in a misguided hope that the applauding private sector would step in.

All this pulling back on spending by government at a time when there is a down-turn in the economy, exposes the fallacy of the Treasury’s claim that it is pursuing a counter-cyclical fiscal policy - by which it means that when growth is strong government reduces spending or saves so that it can spend aggressively when the economy is declining.

It’s a fallacy because the current economic decline calls for an aggressive fiscal stance, as reflected in the fact that gross domestic expenditure and household consumption are at their lowest since 2011, real unemployment stands at 45%.

Next month, when the 2022 MTBPS is presented, we demand the abandonment of the current draconian cuts. Government needs to move away from the current Neoliberal macroeconomic policy framework and to introduce strong interventionist measures in the economy in line with our perspective of a progressive developmental state.

It is also disheartening that government is reacting to the COVID-19 inspired economic crisis by going back to the old logic of GEAR, in the sense that it is selling some of its state-owned companies like SAA and unbundling Transnet to prepare for its privatisation.

A question needs to be asked as to what type of a “capable” developmental state is being built, when some of its assets are due to be stripped and its capacity to deliver services to the masses is set to be reduced or weakened further

We are now convinced that these entities are deliberately mismanaged to justify their partial or full-blown privatisation when the costs of fixing them become too high.

These challenges face all workers and not just COSATU members and we therefore invite all trade union federations and the unorganised workers to join the strike on Thursday.

Workers need to unite and take the lead in the fight against this looming collapse and push back against private sector greed and the mismanagement of the country by government.

We are fully behind the unity shown by the unions in the mining sector (the National Union of Mineworkers (NUM), the Association of Mineworkers and Construction Union (AMCU), Solidarity and UASA) who are cooperating in negotiating with Sibanye. We encourage them to protect their unity and fight without any fear or favour.

We also offer our support and solidarity to the workers affiliated with the National Union of Metalworkers of South Africa (Numsa) in the metals and engineering sector who are fighting for an 8% wage increase.

Our failure to take a stand and defend the interests of our members in the face of this economic mismanagement would represent the worse form of cowardice that we would live to regret.